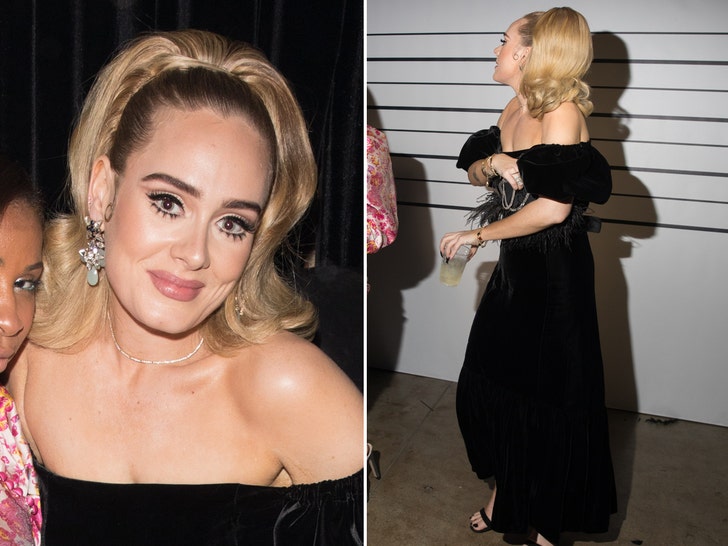 Adele isn't wasting any time getting out on the town and living her ultimate single life … partying at Drake's birthday party with a hot new look.

The 31-year-old — who filed for divorce from her husband last month — was spotted in a black dress, striking a pose outside the Hollywood bash Wednesday. Drake had his party at Goya Studios … and attendees included Snoop Dogg, Kylie Jenner and French Montana.

Adele and her hubby of 7 years, Simon Konecki, announced their split back in April but said they'd work together to lovingly raise their son together.

It wasn't until September when Adele filed divorce docs in L.A. … the two kept their relationship mostly out of the spotlight since starting to date back in the summer of 2011. She gave birth to their son, Angelo, in October 2012. They tied the knot in a very secret ceremony, and she didn't confirm the union until 2017. 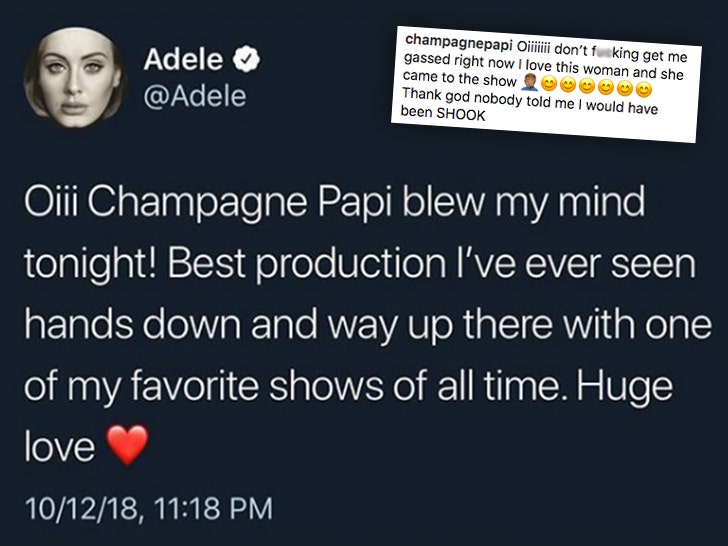 It's no surprise Adele had an invite to Drake's party, the two have a bit of a history. Adele attended a Drake show last year and raved about it. Drake replied, mentioning if he knew Adele was in the crowd, he would have been "SHOOK."

The two also spent a night together in L.A. earlier this year, hitting up a deli and a local bowling alley.

As for Drake's party — it was old-school mafia themed — and continued into the early hours of the night.

Apple is reportedly one of United's best customers, and now it may be helping the airline revamp its terminal at San Francisco Airport (AAPL) →