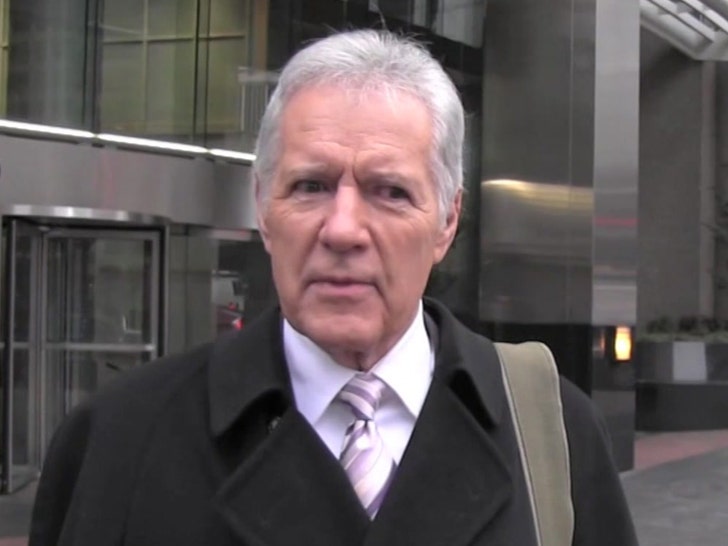 Alex Trebek sees the writing on the wall … he says side effects from his pancreatic cancer treatments could soon force him out as "Jeopardy!" host.

The TV icon got real about his future during a recent interview, saying he's starting to slur his words and his tongue isn't working, at times, during taping — and he admits it might mean stepping away from the show sooner than he'd hoped.

In a candid conversation with CTV, shot on Friday, Alex reveals just how cancer and chemotherapy have started to diminish his skills. As we reported … Alex went for another round of chemotherapy last month, and he says the treatments are causing sores inside his mouth, making his role as a host more challenging than ever before.

He's been at the helm 'Jeopardy' since 1984, but Alex says he'll retire when he gets to the point where he's bothered by his diminished performance. Alex added, show producers have been supportive and tell him everything's fine … but he's sure that won't last forever.

Alex was diagnosed with stage 4 pancreatic cancer back in March.

← 'Why does my iPhone go straight to voicemail?': How to troubleshoot your iPhone to ensure it rings when you get a call