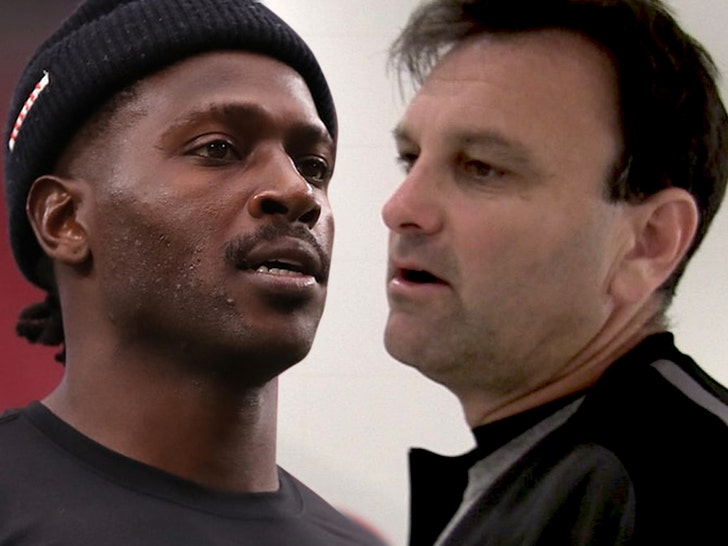 Antonio Brown is NOT done with the NFL — despite what he said on social media … this according to his agent, Drew Rosenhaus, who says he's been in talks with multiple teams.

"I have had discussions with a few teams that are very interested in him and want to know about his future and what's going on with the NFL," Rosenhaus said on Warren Sapp's "99 Problems" podcast.

"Hopefully, when that is all resolved, Antonio will be able to continue his Hall of Fame career."

Rosenhaus did not mention any of the interested teams by name.

Of course, Brown swore off the NFL on Sunday morning … just days after he was cut by the New England Patriots.

"Will not be playing in the @NFL anymore these owners can cancel deals do whatever they want at anytime we will see if the @NFLPA hold them accountable sad they can just void guarantees anytime going on 40m 2 months will see if they pay up!"

Brown was upset at the likelihood the Patriots will not be paying him most of his $9 million guaranteed signing bonus. The team reportedly cut bait with Brown over menacing text messages he sent to a woman accusing him of sexual misconduct.

The team believes they fired Brown for cause and therefore shouldn't be on the hook the money. AB was reportedly set to collect a huge chunk of the money if he just lasted another week with the Pats.

The issue now … the NFL is investigating Brown over the alleged text messages and other issues surrounding the superstar WR, including allegations of violent rape.

Multiple NFL teams now view Brown as toxic and could be scared away from signing him due to possible league discipline stemming from the investigation. In fact, Redskins legend Joe Theismann just warned his former team to STAY AWAY from AB at all costs.

Brown says he's going back to school at his alma mater University of Central Michigan — but Rosenhaus says it's not an indicator that Antonio is giving up on football.

"I know there's been a lot of speculation as to whether or not that means he's not going to proceed with the NFL but taking online college courses to get your degree or your post-graduate degree is something that I would recommend to every client … I wouldn't read too much into that."

The 10 most inspiring leaders in tech, according to thousands of tech workers →