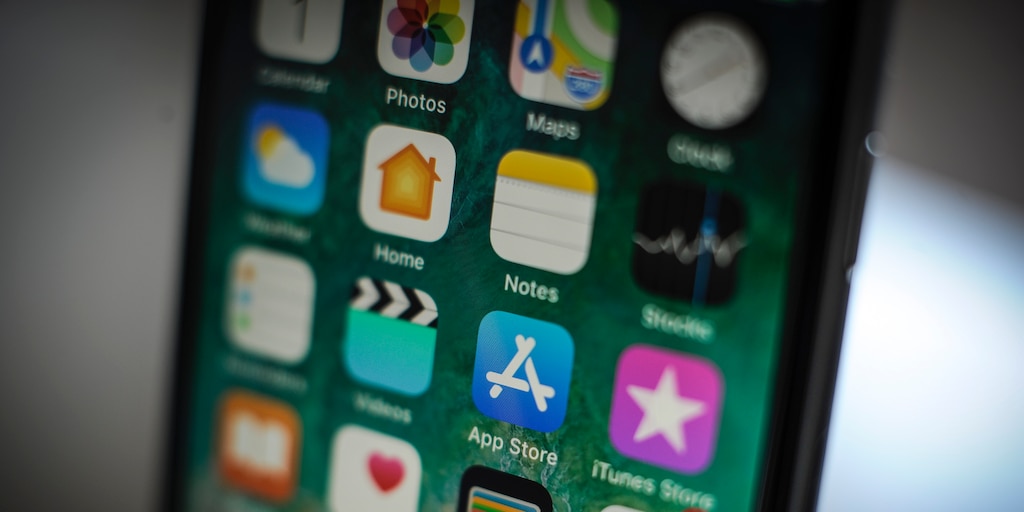 Apple's services business featuring platforms like Apple Music and the App Store is now the size of a Fortune 100 company, and Wall Street sees no sign of the segment slowing down.

Services revenue grew 18% year-over-year to a record high of $12.5 billion during the fourth quarter. The business line was Apple's most profitable by far, with a 64.1% gross margin compared to 31.6% for hardware products.

The company also said services accounted for 20% of its revenue mix and 33% of its gross margin mix during the period.

While the iPhone is still generating the majority of Apple's sales, Wall Street views services as a significant growth driver for share gains.

Bank of America Merrill Lynch analysts see the stock trading higher into the end of the year on increasing services growth and higher gross margins as services become a larger part of the company's sales mix. The firm raised its price target to $270 from $260 following Apple's latest results.

UBS also bumped up its price target on the stock to $280 from $275, citing improved margins thanks to a greater contribution from services.

Apple is also continuing to expand its service offerings with the recent launch of Apple Arcade, a cloud gaming platform, and the upcoming release of Apple TV Plus.

Morgan Stanley increased its price target for Apple to $296 from $289 on an optimistic outlook for services growth.

"New services, led by Apple TV+, and to a lesser extent Apple Arcade and Apple Card should allow services growth to accelerate further in FY20 and FY 21," the firm wrote in a note to clients Thursday.

Shares of Apple are up more than 57% year-to-date. 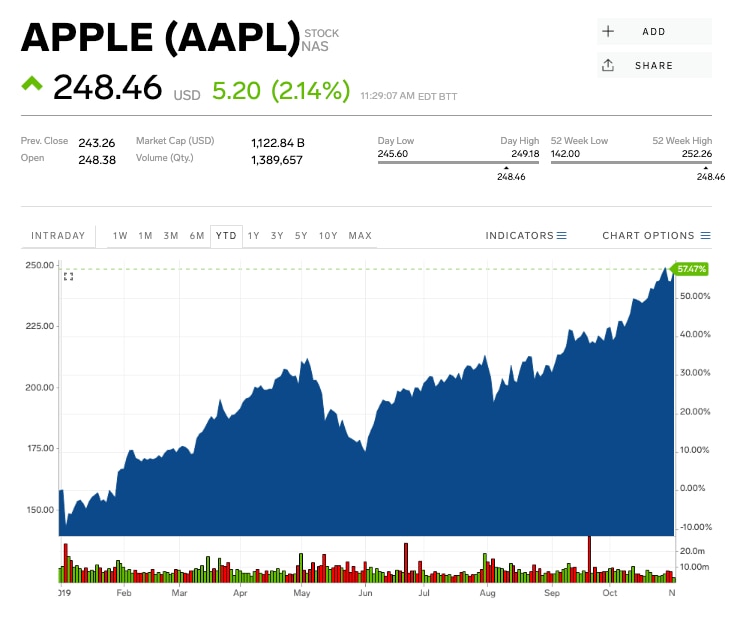 ← The most controversial and emotional moments of John Bercow, the UK Commons speaker who banned Trump and said 'Order!' 14,000 times