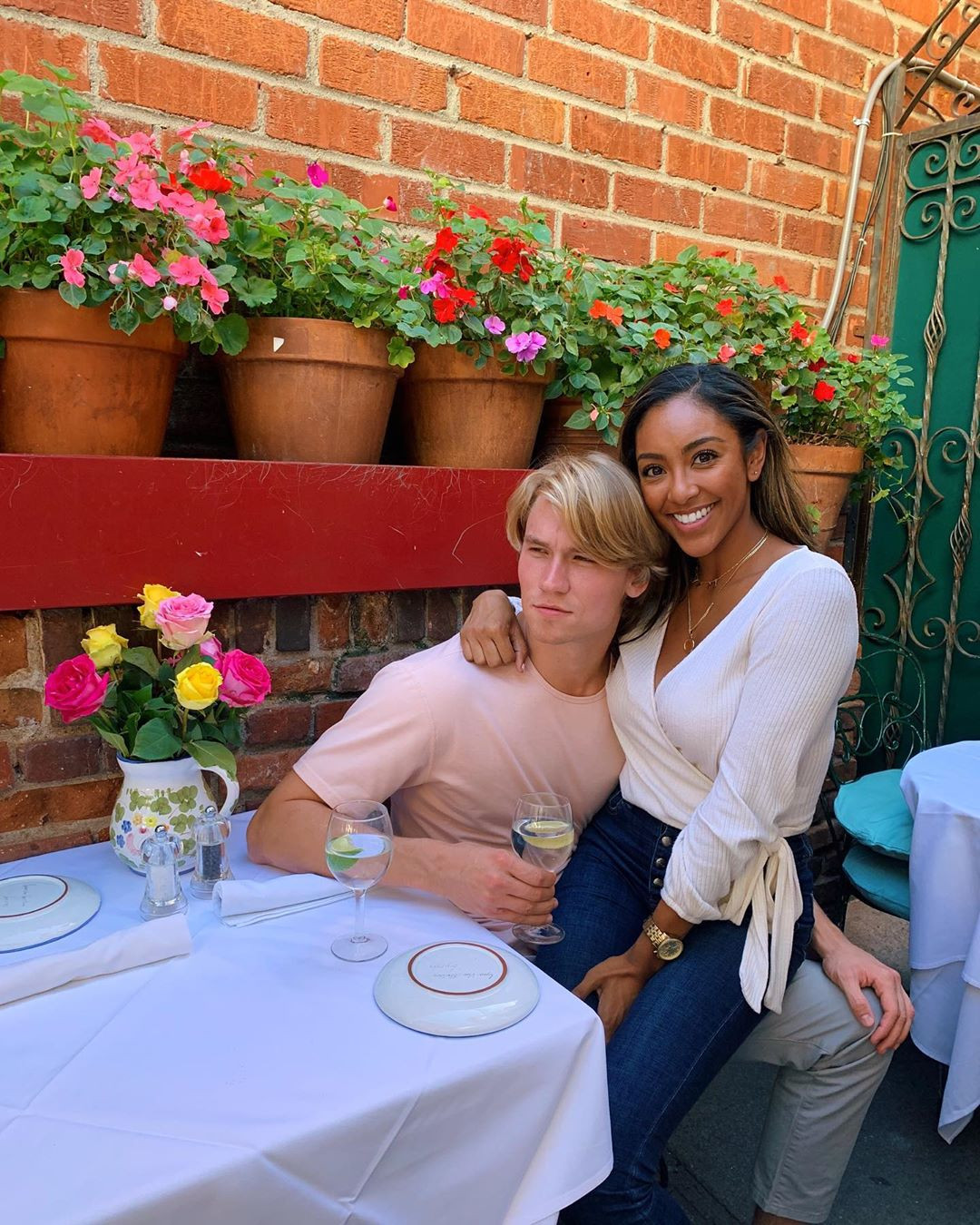 Bachelor Nation has lost another couple, thus bringing down their already low success rate in the process.

Tayshia Adams and John Paul Jones announced their amicable split in a statement shared to Tayshia's Instagram on Wednesday afternoon. In the carefully crafted caption, Tayshia explains that she and John "decided that what is best for the both of us is to go our separate ways."

"John and I had something incredibly special. We fell for each other in Paradise, and everything was a whirlwind after that. When the show ended, I truly went back to Maryland to see if what we had was something we could build on without cameras, a production crew, and without feeling any pressure: to simply figure things out on our own terms," she continues. "But the reality was, we were living on opposite coasts, and working insane schedules that made it impossible to see each other and build a life with each other."

She adds that they "did the best" they could under the circumstances, but they've come to the conclusion that they're better off as friends. "We are the best of friends and will continue to remain in each other's life because regardless of the situation, we make each other happy."

JPJ seemingly gave his approval for the statement by commenting with a heart and praise hands emojis.

News of their split isn't exactly a surprise to fans or their Bachelor Nation friends. Dylan Barbour, who left paradise engaged to Hannah Godwin, cryptically tweeted, "color me shocked," moments after Tayshia made the big reveal.

Whether Dylan was talking about Tayshia and JPJ or not is anybody's guess, but many people would likely agree with him, especially after Tayshia was supposedly spotted at dinner with another man last week. Of course, the sighting led to a flurry of speculation about her and JPJ's relationship status, but, according to Tayshia, it was just a dinner with a business partner. She explained in an Instagram comment, "I was at dinner with one of my good friends/business partner. Lol apparently having male friends means I'm dating them!"

Now, Tayshia says she just needs time to "heal and move on."

← Twitter just jabbed Facebook by banning all political ads: ‘We believe political message reach should be earned, not bought’ (TWTR)