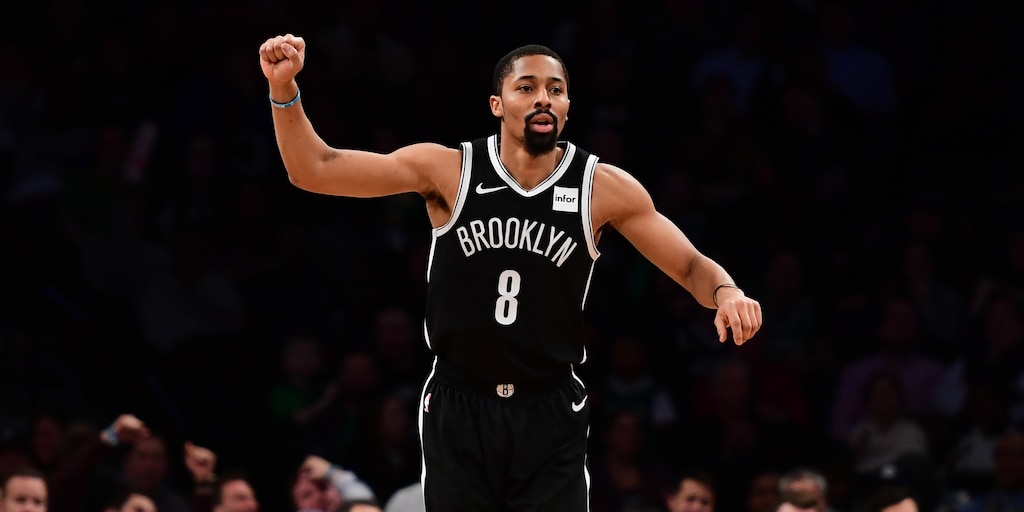 Brooklyn Nets guard Spencer Dinwiddie is looking to convert his contract into a digital investment and take a lump payment upfront, The Athletic reported Thursday. The move would be a first for the NBA.

Dinwiddie will securitize his NBA contract as a digital token, sources told The Athletic. The extension would bring him more than $34 million over a three-year period, but sales of the digital token would allow him to raise a significant portion of that sum upfront.

By selling the token, Dinwiddie relinquishes some future income for a smaller payment. As a borrower, the guard could then invest the upfront sum.

Sources said Dinwiddie's bond would pay investors principal and interest. The payments would be covered by what the Nets owe him, as set out in his contract extension.

The NBA was alerted of Dinwiddie's decision earlier this week, sources told The Athletic. It's unclear how future contract decisions, extensions or negotiations would affect those invested in the guard's digital bond.

The biggest risk in the Nets player's deal is his contract, as it's the primary driver for Dinwiddie to pay investors back. Dinwiddie could find himself without the funds to repay bondholders if misconduct threatens his deal with the team.

The move isn't unprecedented in the sports world. Former NFL running back Arian Foster tried to list himself as a private stock in 2013 before delaying his IPO and eventually scrapping the plan in 2015.

Should the model prove successful, Dinwiddie's digital investment plan could repeat itself with other players. It will also impact how the guard views future contracts. The guard may look to maximize investor returns once his three-year contract is up, introducing a new variable to the negotiation landscape.

The Brooklyn Nets player averaged 16.8 points, 4.6 assists, and 2.4 rebounds in 68 games last season. The Nets were defeated in the first round of NBA playoffs by the Philadelphia 76ers.

Dinwiddie may be the new owner of a $3 million penthouse found at the highest floor in Brooklyn, according to a September report from the New York Post. The Brooklyn Point tower boasts the highest infinity pool in the Western Hemisphere, as well as a wine library and rock-climbing wall.

Global central banks are in a rate-cutting frenzy. Here are the 7 other meetings coming up this month, and what's expected at each.

Top Wall Street investors say they're struggling to find big, bullish stock-market bets to make — and their paralysis might signal a meltdown is looming

Tinashe Shuts Down Roc Nation Rumors, Sings Like an Angel →