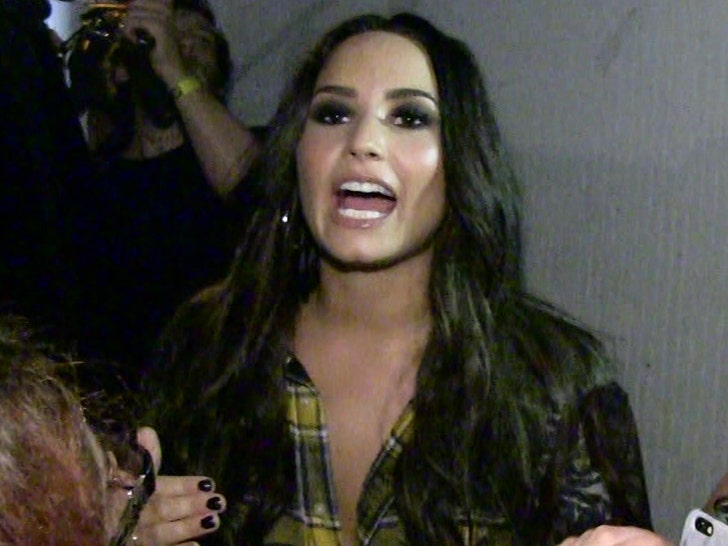 Demi Lovato is NOT taking a political stance in the Israeli-Palestinian conflict, but someone thinks she is — and now she's had to do a mea culpa for her trip to religious sites.

Demi felt enough backlash Wednesday night that she felt compelled to post a detailed apology … in which she admits accepting a free trip to Israel "in exchange for a few posts." 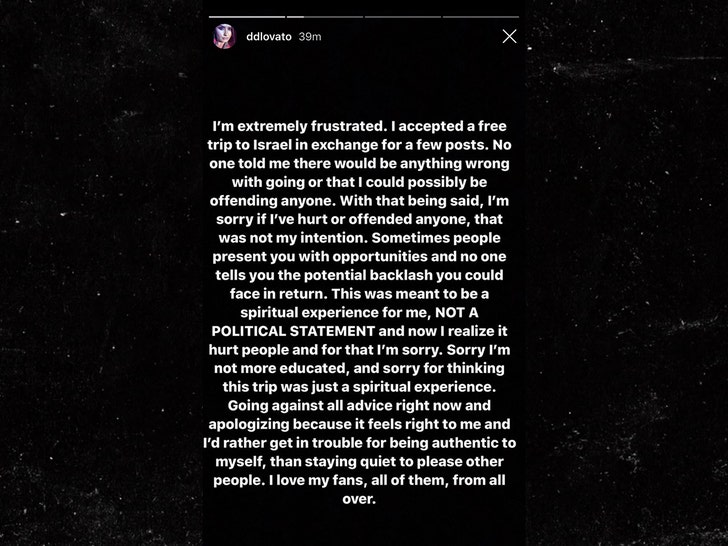 She added, "No one told me there would be anything wrong with going or that I could possibly be offending anyone." Demi went on to say she was sorry, and make it clear she didn't intend to hurt people.

The mystery here is … WHO lashed out at her for what appeared to be purely a spiritual journey? 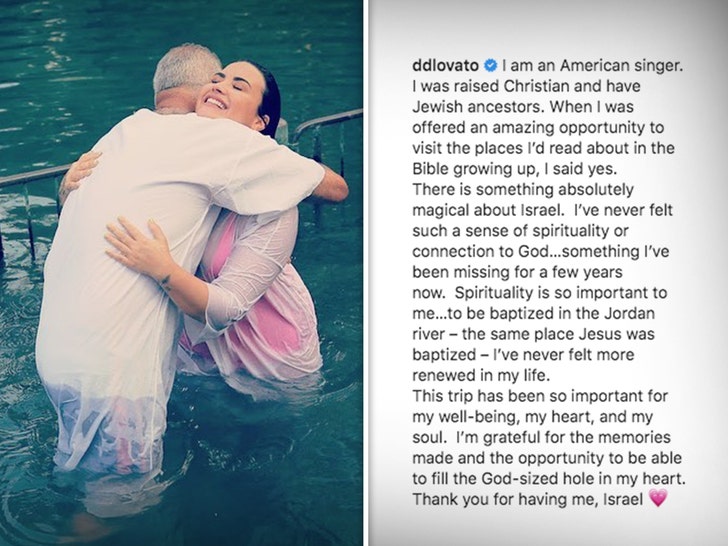 Demi's turned off comments on her Instagram, so there's no way to see what anyone said in response to the pics she posted of herself getting baptized in the Jordan River, touching the Wailing Wall and visiting several other landmarks.

Important to note: Demi has not revealed who paid for her trip. She did say, "Sometimes people present you with opportunities and no one tells you the potential backlash you could face in return."

She's since deleted her apology, but also made it 100% clear, "I went to a place, for religious purposes, THAT'S IT."

← How to go full screen in almost any app on a Mac, so you can focus and block out distractions