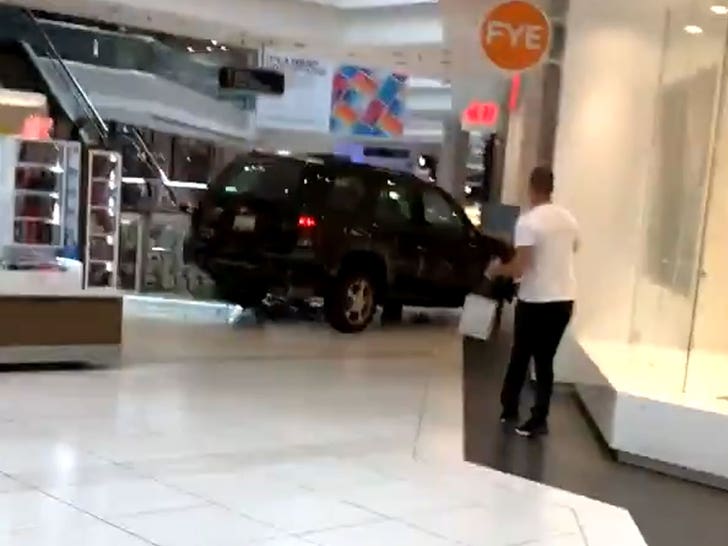 A bizarre and terrifying scene in Chicago — someone behind the wheel of an SUV drove straight through a Sears and into a mall.

In the video, shot by one terrified shopper, the vehicle plows through kiosks in the Woodfield Mall, and just keeps going … smashing store windows and rolling over everything in its path.

You can hear one shopper repeatedly yelling, very appropriately, "What the f**k?!!" Multiple reports say police responded and were able to take the driver into custody.

Video from a news chopper showed the outdoor entrance to Sears totally destroyed — so, it appears that's where the driver first got into the mall in the Chicago suburb of Schaumburg.

It's unclear what the psycho's motive was … or if there were any casualties.

Read More About Driver Plows Car Through Mall in Chicago Suburb at www.tmz.com