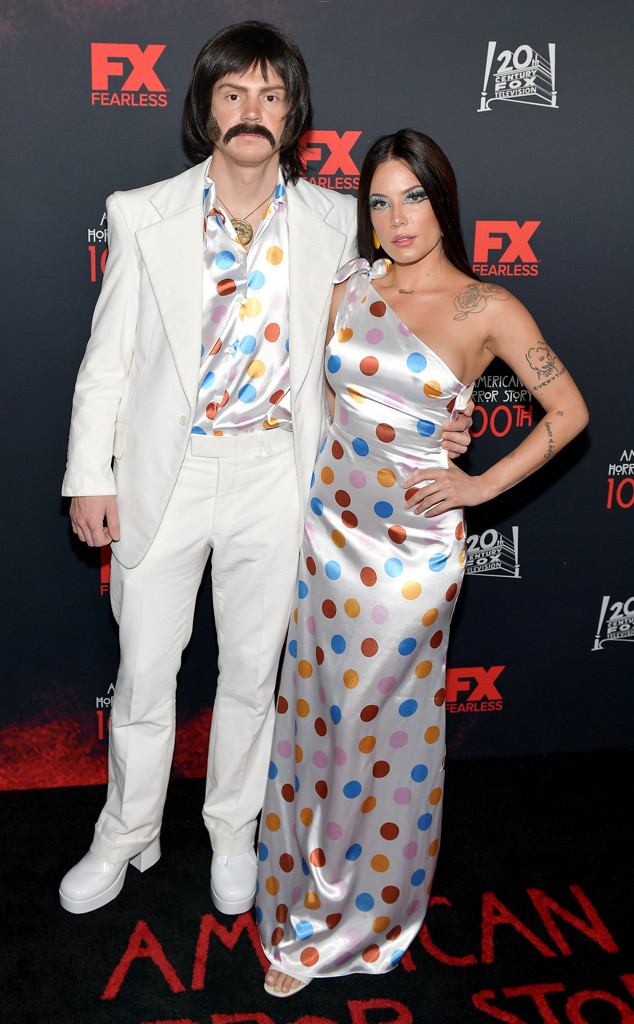 Ellen DeGeneresfound something scarier than her usual talk show tricks for Halsey.

The "Graveyard" songstress paid a visit to the comedian's daytime talk show set, where DeGeneres is known to hilariously prank her guests in a variety of ways, including having people in costume jump out of a table between the two show chairs. It's a move the team has perfected, catching virtually every celebrity guest off guard no matter how many times they've suffered the scare before.

But, for Halsey, she had already been cleverly distracted by DeGeneres when she brought up a photo of the performer and her new beau at the AHS 100th Episode Celebration over the weekend, which doubled as the couple's red carpet debut. The pair dressed up as another famous Hollywood couple, Cher and Sonny Bono.

"And who's Sonny?" DeGeneres inquired about the picture, shown on a screen behind them.

"It's, uh, Evan Peters," Halsey answered shyly. Cue someone popping out of the side table!

"You distracted me with the boyfriend question," Halsey pointed out. "I wasn't ready."

She added, "I don't know what's scarier though is having to talk about my boyfriend on TV or having that happen."

The singer and actor first sparked romance rumors in late September when they were spotted at Six Flags together. A source later told E! News Halsey and her ex, Yungblud, had broken up earlier that month. Just days ago, Halsey confirmed their split in a since-deleted tweet after stepping out with Peters in costume—and posting to her Instagram, too.

And now, she's calling him her boyfriend. It sounds like these two are indeed getting…closer.

Read More About Ellen DeGeneres Distracted Halsey From a Scare by Bringing Up Boyfriend Evan Peters at www.eonline.com