Emma Thompson’s Recorder Performance Will Give You Elementary School Flashbacks Emma Thompson's Recorder Performance Will Give You Elementary School Flashbacks 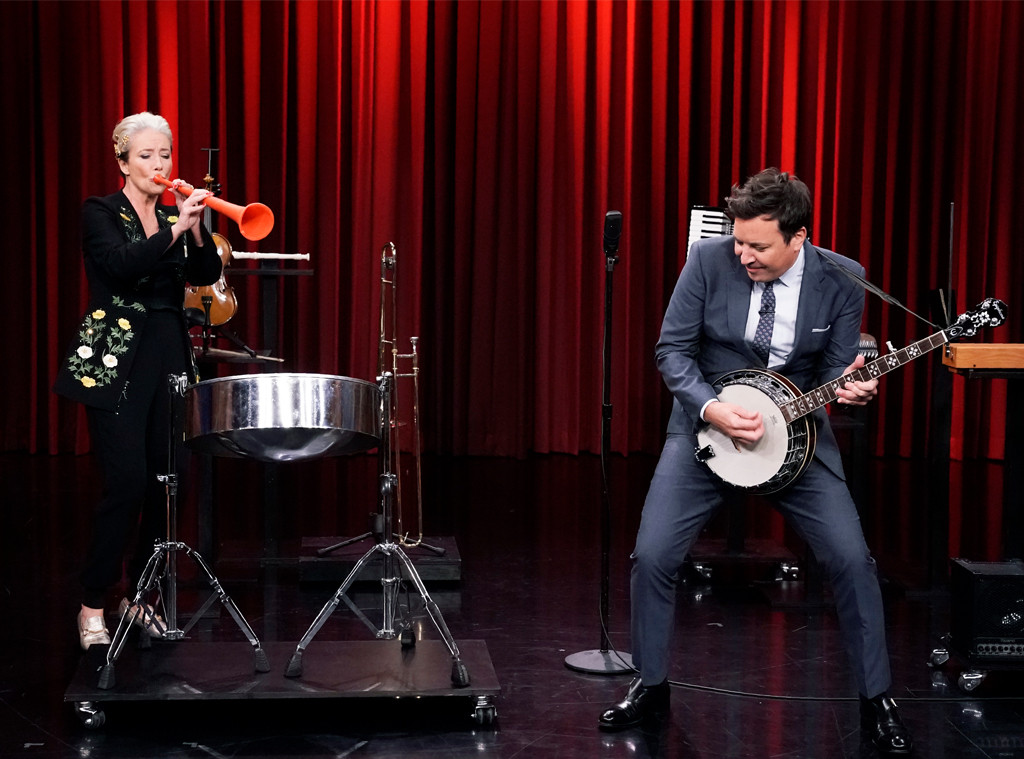 Who knew that Emma Thompson could play the recorder?

The Last Christmas actress-writer put her music skills to the test during a hilarious round of "Random Instrument Challenge" on Monday night's The Tonight Show Starring Jimmy Fallon. Or, as Thompson so eloquently called it, "a ritual or humiliation." The game was seemingly simple: Players were randomly selected a song and an instrument they've never used before. (And, in true Tonight Show fashion, the instruments ranged from violins and drums to kalimbas and banjos.) Then, The Roots were asked to figure out what that tune could have possibly been.

Host Jimmy Fallon kicked off the musical segment with a rendition of "Row, Row, Row Your Boat" played, naturally, on the trombone. As he joked, "I don't even know how to hold a trombone!

Thankfully, Thompson was there to ease his nerves. "It's literally impossible to get a note out of a trombone unless you've been doing it since you were, like, 5, right?" the iconic star joked. "Good luck!"

Next up was Thompson on the recorder. For her turn, she tackled "When The Saints Go Marching In."

Much to the duo's surprise, the songs were easy to perform. But all bets were off when Fallon had to play Whitney Houston's "I Wanna Dance With Somebody" on the kalimba. It's safe to say it did not go well.

If you think that sounds bad, wait until you hear Thompson play the world's tiniest harmonica…

See if you can recognize the songs in the video above!

Read More About Emma Thompson’s Recorder Performance Will Give You Elementary School Flashbacks at www.eonline.com

← GM slated to report earnings before the bell

Mastercard slated to report earnings before the bell →