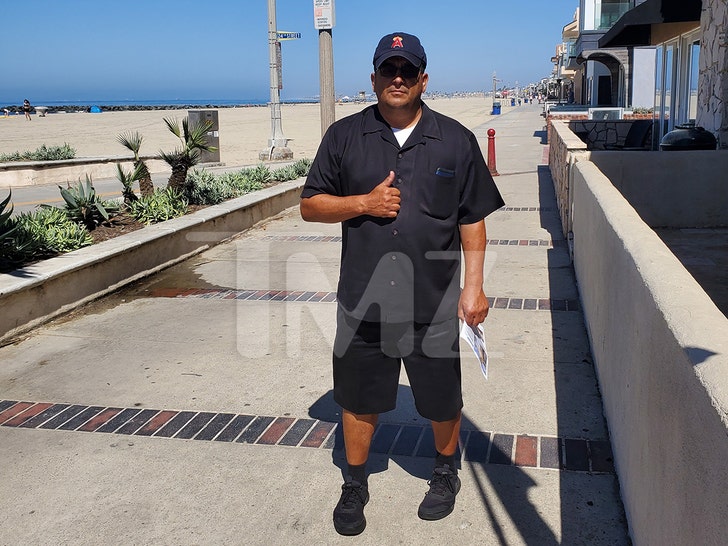 Ex-"Storage Wars" star Dave Hester is once again belting "Yuuuuuup!" at storage locker auctions … but he needed months of intense therapy to get there.

Dave tells TMZ … it was back in November when he woke up one night feeling sick and having trouble breathing. His GF rushed him to the hospital in Newport Beach, CA, where he suffered a hemorrhagic stoke.

Doctors performed a battery of tests and determined he had been suffering from sleep apnea. Tests revealed when he slept his breathing stopped more than 100 times an hour. The deprivation of oxygen along with high blood pressure triggered the stroke.

Dave tells us he spent days in the ICU and was then transferred to a live-in rehab facility for a month. The famous auctioneer — arguably the face of A&E's popular show — suddenly went from hunting down forgotten treasures in storage lockers to learning how to walk again and do the most basic functions — like shower.

He's not fully recovered yet, but he's working with neurologists and other medical professionals to get back in shipshape condition.

Whatever his limitations … they aren't enough to keep him from his auctioneer duties.

Dave's not the only OG cast member who has suffered health recently. As we reported … ex-costar Darrell Sheets was hospitalized earlier this year after a heart attack and fan-favorite Barry Weiss is still recovering from multiple surgeries following a terrible motorcycle crash.

← Mike 'The Situation' Sorrentino Has Big Plans After Prison Release