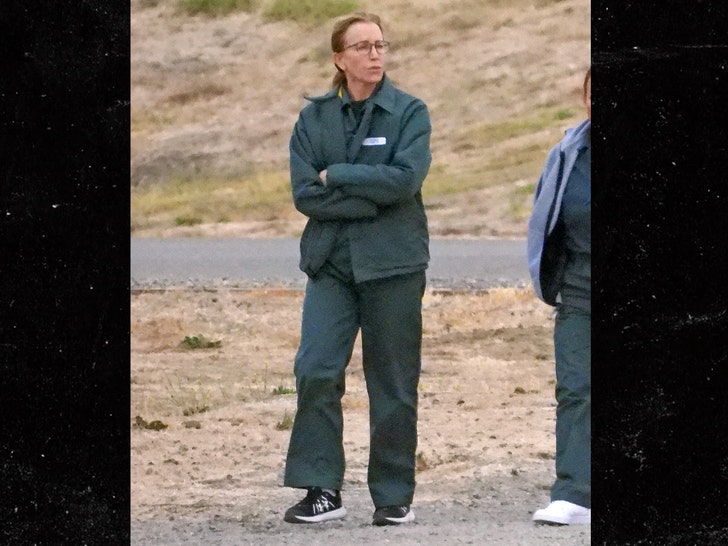 Felicity Huffman isn't above making new friends in prison … she's yukking it up with her fellow inmates in the yard!!!

The "Desperate Housewives" star was spotted Wednesday at FCI Dublin in Northern California, where's she's currently serving her nearly 2-week sentence, and it's pretty interesting to see Felicity fraternizing with another convict. 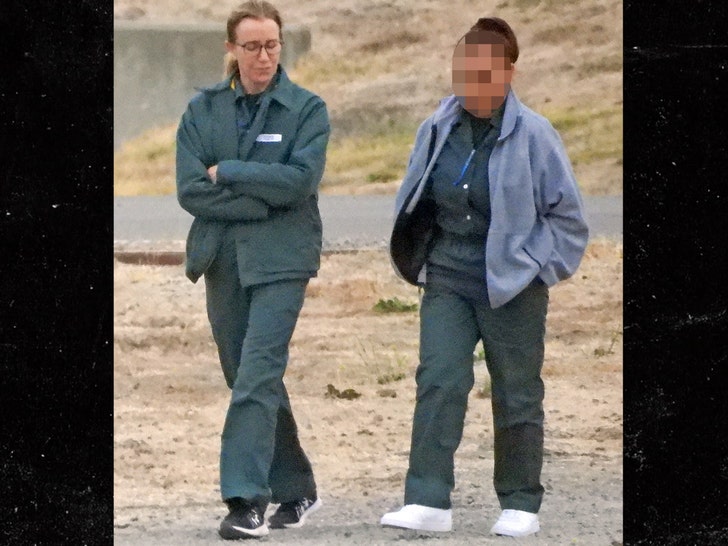 As you can see, Felicity's strolling the prison yard with another inmate, chatting as they walk around in dark green jumpsuits and jackets. She's definitely not walling herself off from the rest of the prison population, even though she's rich and famous, and there for only a matter of days.

Ya gotta wonder if they're just talking TV, movies or those pesky SAT tests. Oh to be a fly on the prison wall.

As we first told you … husband William H. Macy and daughter Sophia paid Felicty a visit over the weekend … but now it looks like she's got some friends on the inside.

Read More About Felicity Huffman Hanging With Inmates in Prison Yard at www.tmz.com