Felicity Huffman Says She’s No Ringleader, Don’t Sentence Her Like One 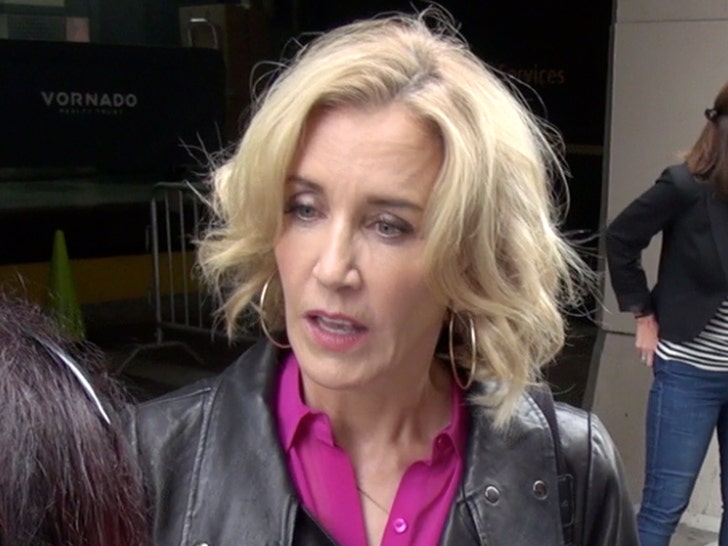 Felicity Huffman wants to make it clear to the judge sentencing her — what she did in the college case didn't hurt anyone, and therefore there's no precedent to put her in prison for even a day.

Sources directly familiar with Felicity's case tell TMZ … the "Desperate Housewives" actress and her defense team have 2 arguments for her to spend no time behind bars, despite prosecutors recommending a 1-month sentence.

We're told Felicity and co. are pointing to the Probation Department's findings that she should get as little as zero months, because nobody suffered any loss due to her actions. You'll recall, Felicity pled guilty to conspiracy charges for paying $15k to give her daughter a leg up on her college entry exam.

Obviously, Felicity agrees with that "no loss" argument put forth by the probation department. However, in new court docs obtained by TMZ, she also says the prosecution is drawing unfair comparisons between her and other defendants in the case.

According to team Felicity … the prosecution has cited 2 dozen old cases in which prison time was often handed down to the ring leaders. Felicity says she wasn't the big fish in this scheme, and shouldn't be sentenced like one. In short, she was just a customer of Rick Singer, not a mastermind of his plot.

She cites one case the prosecution is attempting to use as precedent … where a guy got prison time for hacking a university's system. Felicity says that's an apples to oranges comparison.

Bottom line … Felicity is hoping the judge recognizes she didn't harm anyone — especially because her kid didn't even end up attending college this year.