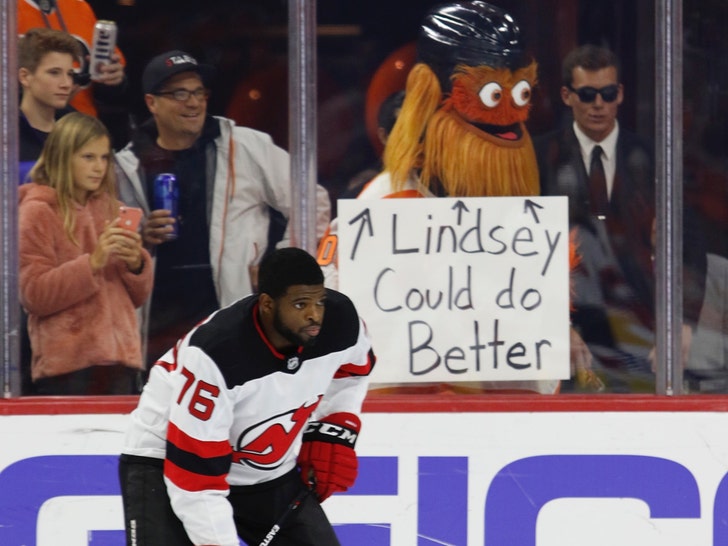 Move over, Trey Songz … there's a new Mr. Steal Your Girl in town — Philadelphia Flyers' mascot, Gritty … who just pulled up from half-court to shoot his shot at Lindsey Vonn!!

The equally lovable/scary orange thing(?!?!) went after New Jersey Devils star P.K. Subban during pregame warm-ups Wednesday night … crashing the boards with a hilarious sign that read "Lindsey could do better" … and a bunch of arrows pointing up to that unforgettable Gritty grin.

Of course, P.K. and the Olympic skier have been dating for a while now … and the defenseman popped the question back in August.

The couple *was* planning to tie the knot … but who knows if that's still the case now that Gritty's jumped into the picture.

P.K. seemed unfazed by the hilarious taunting … but the Flyers still came away with the 4-0 win over the Devils. 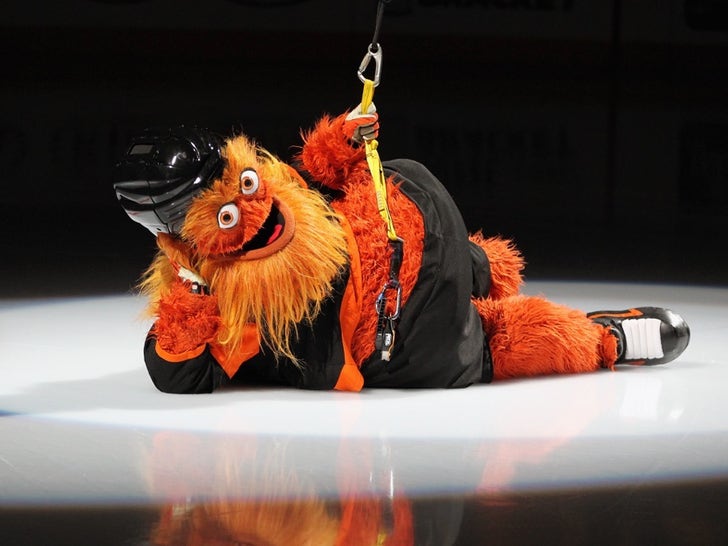 I went to Seattle's retro-gaming paradise, and it blew away my expectations — see what it's like to visit the legendary 'Pink Gorilla' →