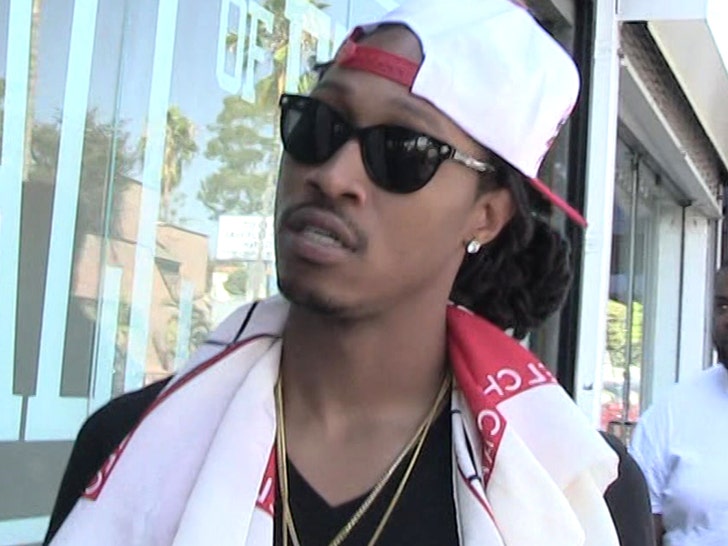 Future is firing back at the woman alleging he fathered his SEVENTH child with her … claiming she's nothing but a fraud.

The rapper's filed legal docs asking a judge in Broward County, Florida to toss a paternity case against him because he says the alleged baby mama, Eliza Seraphin, is purely coming after his money.

In docs, Future says Eliza has said in docs she needs child support from Future because she has no bank account, no income and no car. But, Future's calling BS … because for starters, he says, a simple glance at Eliza's Instagram reveals she has several jobs — including as a brand ambassador.

Future also says Eliza's shown on IG she has multiple cars and alleges to know she currently has a lease for a 2018 Range Rover. What's more … Future claims Eliza in the past filed a financial affidavit admitting to having multiple checking accounts.

In short … Future's calling her a fraud because "the petitioner is lying about financial matters at the onset of case which is solely based on her attempt to extort money from" Future.

He doesn't specifically address whether he's the child's father. Eliza claims he refuses to take a paternity test.

As we first reported … Eliza filed docs claiming Future knocked her up and then ghosted her after she gave birth to a baby girl back in April. She claimed to have sold her car just to meet ends meet.

A second woman, earlier this month in Texas, also claimed Future's the baby daddy of her son, Legend Ary.

← 'I Have to Laugh!' Caroline Manzo Shades Teresa Giudice After Joe Interview