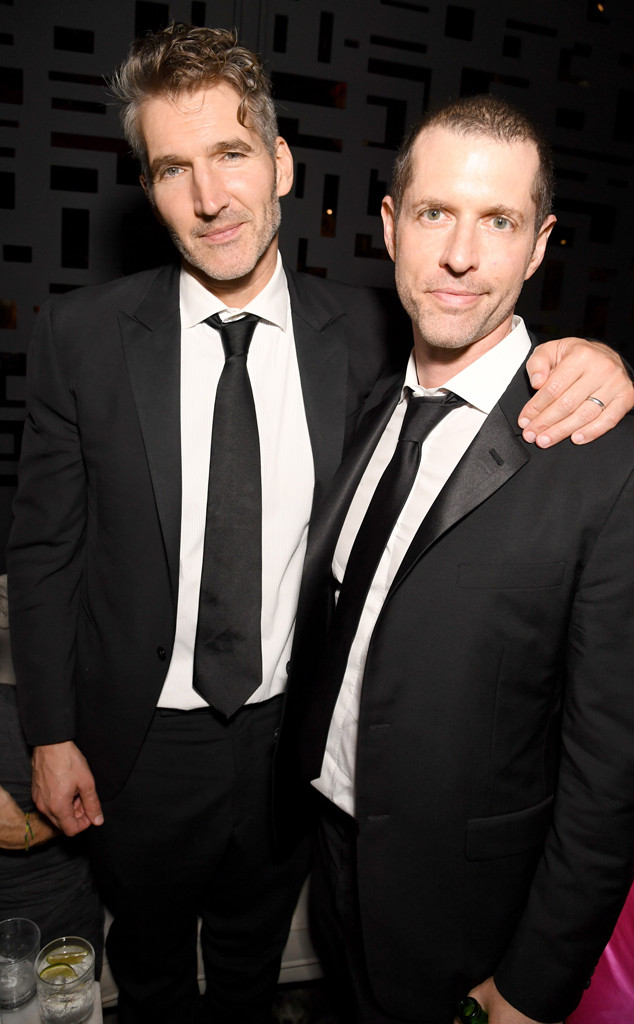 It looks like David Benioff and D.B. Weiss won't be working on that Star Wars trilogy after all.

According to Deadline, the Game of Thrones creators have exited their deal with Disney's Lucasfilm. The Emmy winners were originally set to create a film series for the franchise, which was scheduled to launch in 2022.

"We love Star Wars," the dynamic duo told Deadline, which broke the news. "When George Lucas built it, he built us too. Getting to talk about Star Wars with him and the current Star Wars team was the thrill of a lifetime, and we will always be indebted to the saga that changed everything."

Per the publication, the two were originally tasked with developing a story for a post-Skywalker era. However, the pair claimed their deal with Netflix prevented them from dedicating the time they needed to explore Star Wars' next chapter.

"There are only so many hours in the day, and we felt we could not do justice to both Star Wars and our Netflix projects," the pair told the outlet. "So we are regretfully stepping away."

News of Benioff and Weiss' deal with Lucasfilm broke in February 2018. Deadline then reported the two had inked a "nine-figure" deal with Netflix in August 2019.

Meanwhile, filming for Game of Thrones' eighth season started in 2017 and wrapped up in 2018. The final season then premiered in early 2019. While it broke the record for most Emmy nominations secured in a single season, not everyone was happy with the program's sendoff. There was even a petition calling for HBO to remake season eight. Some fans accused Benioff and Weiss of being too focused on other projects and not dedicating enough time to Game of Thrones.

While they won't be exploring a galaxy far, far away anytime soon, could Benioff and Weiss ever partner with Lucasfilm in the future?

"David Benioff and Dan Weiss are incredible storytellers," Lucasfilm president Kathleen Kennedy told Deadline. "We hope to include them in the journey forward when they are able to step away from their busy schedule to focus on Star Wars."

← 'Why does my iPhone say invalid SIM?': 6 ways to troubleshoot your iPhone and SIM card if they aren't connecting

Market should surge to a new record in November, if history is any guide →