Gigi Hadid allowed a woman who jumped on the runway at Chanel's spring 2020 show to have her fun for a few seconds … but then she stepped up and booted her ass out.

The woman — who's been ID'd as a YouTube comedian known as Marie S’Infiltre — awkwardly hopped up on the catwalk Tuesday morning at the Grand Palais as the models were taking their finale walk for Paris Fashion Week.

Dressed in a black and white tweed outfit and a black hat, the crasher tries to continue walking around the set when Gigi decides she's had enough … and gets right in her face. 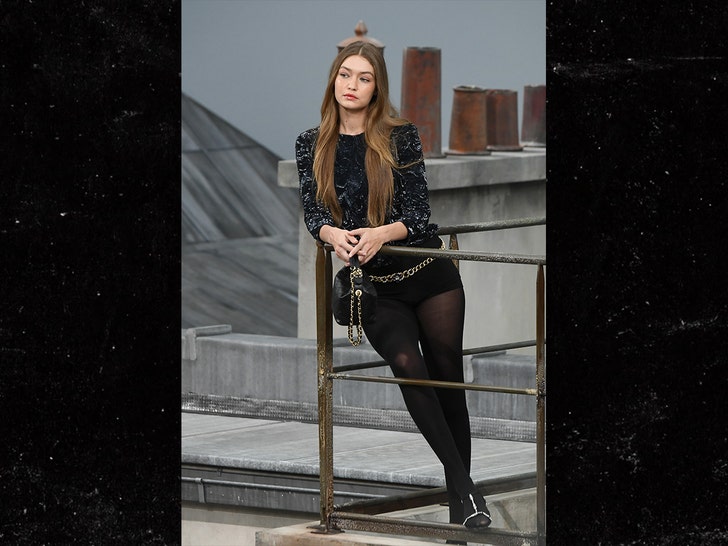 After what looks like a few choice words, Hadid puts a hand on S'Infiltre's shoulder and escorts her to the back exit … with a little bit of force. Other models also gather around Gigi to block the crasher from getting back on the runway.

It's unclear if S'Infiltre had any motive — or where actual security was — but clearly, Gigi don't play!

← 'Joker' Screenings in Theaters Across NYC to Get Police Patrol