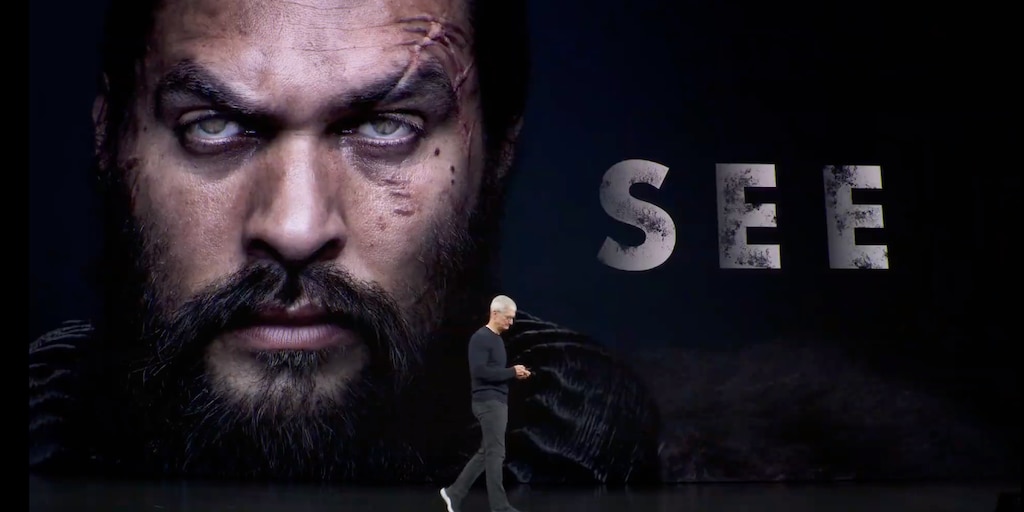 Apple fell as much as 2.3% on Friday after Goldman Sachs predicted the company's accounting will bring a "material negative impact" to iPhones' average selling price.

Analysts at the bank slashed their price target for Apple stock to $165 per share from $187, bringing the lowest expectation for Apple shares among the top Wall Street banks. The 26% downside is predicated on an expected accounting method that would lower iPhones' average selling price due to the new one-year free trial of Apple TV Plus.

Apple announced Tuesday it will give all iPhone, iPad, Apple TV, and Mac customers a free one-year trial of the service. Apple TV Plus will launch November 1 for $4.99 per month, or about $60 per year.

The anticipated accounting method for the TV+ trial would bundle the year-long period with the iPhone at purchase.

Assuming the phone isn't purchased with an installment plan, the iPhone would then show up as a $943.40 sale, and the TV Plus annual price would be discounted to $56.60.

Read more: Top Wall Street investors say they're struggling to find big, bullish stock-market bets to make — and their paralysis might signal a meltdown is looming

This method would harm iPhone margins in future quarters as the lower average selling price arrives with no discount to cost of goods sold, according to the analysts.

The TV Plus revenue would then be realized monthly over a 12-month trial period as "deferred revenue."

"Though this might appear convenient for Apple's services revenue line it is equally inconvenient for both apparent hardware [average selling price] and margins in high sales quarters like the upcoming FQ1'20 to December," the team said.

The Goldman analysts added that the free TV Plus trial revenues would add 25% to the company's gross margin contribution. However, the overall lower product revenue will result in "a negative calculated impact to EPS of 16%" for the fiscal first quarter of 2020, according to the note.

Curiously, Goldman Sachs is one of the partners for the tech company's new credit card product. Apple Card was released in August in collaboration with the bank and Mastercard.

The Cupertino, California-based company hit 11-month highs Wednesday after revealing a new slate of iPhones and updates to its Apple Watch and iPad products.  Apple traded at $219.06 per share as of 11:10 a.m. ET Friday, up about 39% year-to-date.

The tech giant has 23 "buy" ratings, 21 "hold" ratings, and five "sell" ratings from analysts, with a consensus price target of $219.19, according to Bloomberg data.

Global central banks are in a rate-cutting frenzy. Here are the 7 other meetings coming up this month, and what's expected at each.

Venture investors still aren't sure what to make of SoftBank's $100 billion Vision Fund. Depending on who you ask, they're either rooting for it, or gleeful that it's struggling with WeWork and Uber. 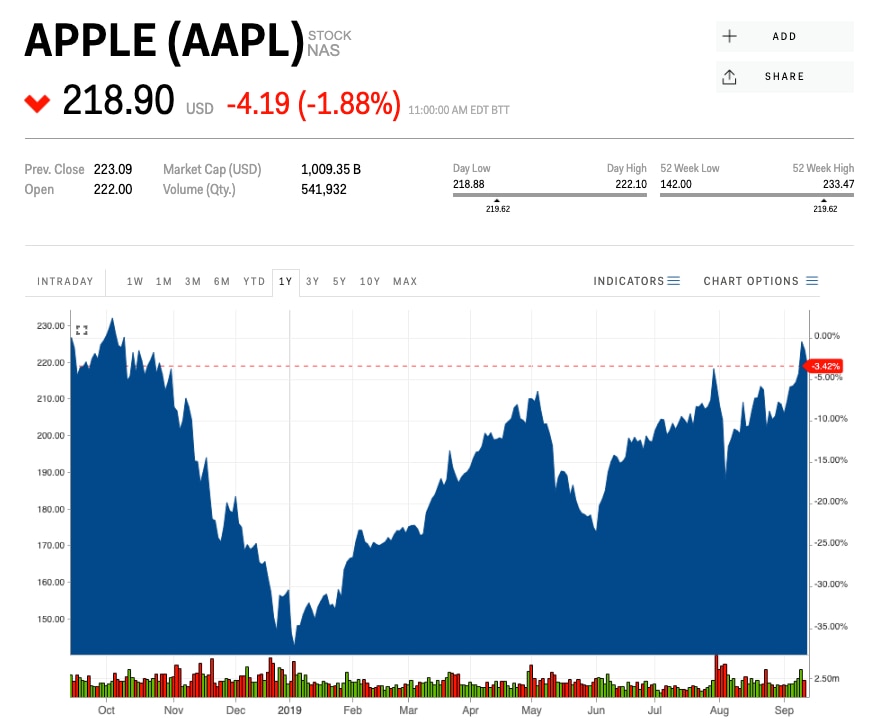