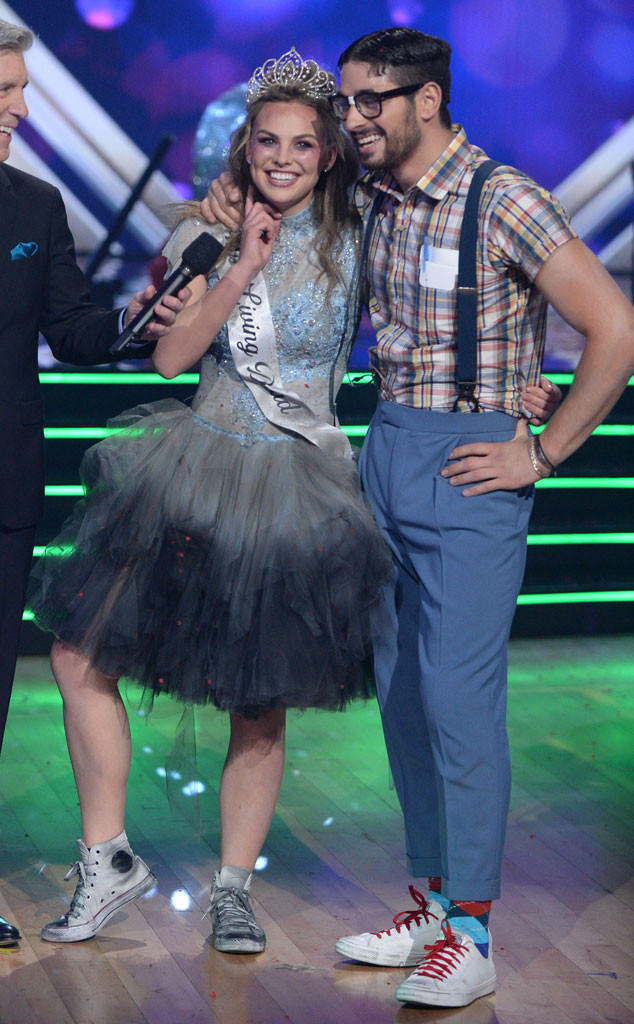 This Dancing With the Stars contestant is all about being honesty and transparency.

During the Monday, Oct. 28, Halloween episode of DWTS, Hannah Brown had to fight back her tears after she received some particularly harsh critique and low scores.

After the former Bachelorette contestant was told by judges that her performance was "lacking" and that she seemed "disconnected from the movements," she took to social media to open up about the whole experience thus far.

The 25-year-old shared on Instagram being on DWTS "has been harder than [she] could have ever imagined."

When she first agreed to be on the show—alongside partner Alan Bersten—Brown thought it "would be a fun way to channel all [her] energy after a whirlwind experience as the Bachelorette." She was hopeful that, as she wrote on her Instagram caption, "the confidence I gained this year to take pride in the woman I have become would have the opportunity to shine, and I'd feel that reboot in my spirit after it took a bit of a beating after my Bachelorette season."

However, being on DWTS has proved to be a lot more difficult and overwhelming than she expected.

"I came into this experience a little broken and confused—more than I've shared. Everyday has brought its challenges with my past, my fears, and the uncomfortableness of opening myself up again to be judged on something VERY scary like learning a new skill to perform each week," Brown added. "Last night was really defeating for me and a lot of suppressed emotions started to surface from this amazing, but grueling experience."

Last night, Carrie Ann Inaba told Brown, "You're not really staying in it. It's almost like there's a bit of shyness in you; you almost close off to the dance. I want you to stay open. We want to get to know you through the dance. We want to see layers that nobody has seen before and I know it's hard to do but, I swear, if you open up and let it go raw out here, we will be here for you."

Brown also wrote on her Instagram caption that she just wants to be herself. "I want to be real. I feel my best when I feel like I have the opportunity to share my heart with others. But I know that's been lacking in what has been seen on DWTS. It's true there is a disconnect. I am busting my ass. I am giving this my all. It's my focus and passion right now. But each week I fall flat. I've gotten to the point of being so anxious before I perform that I can't completely enjoy it like I wish and know I could," she continued.

"Hannah is incredible but she's a bit insecure and I've been working so hard to get it. She has no reason to be insecure," he said. "She is such a beautiful, hardworking person. I'm so proud of you."

Ultimately, Brown knows there's more that she can give and seems to want nothing more than to be able to feel "free and confident to dance with [her] whole heart."

"I'm not throwing a pity party. I can take criticism, and understand hard work… and I also know that my attitude has to change to rise above this slump I'm in. But this is real life. These are real emotions. It's okay to be grateful and positive, while also acknowledging the hard days we all have. It's so important to think positively, but it's also important to acknowledge and feel all the feels. This pressure to pretend is not good for anyone. That's how this crazy cycle of perfectionism continues to exist in a lot of us," she continued.

Boeing's CEO met with families of 737 Max crash victims after his Senate testimony. Here's what happened behind closed doors. →