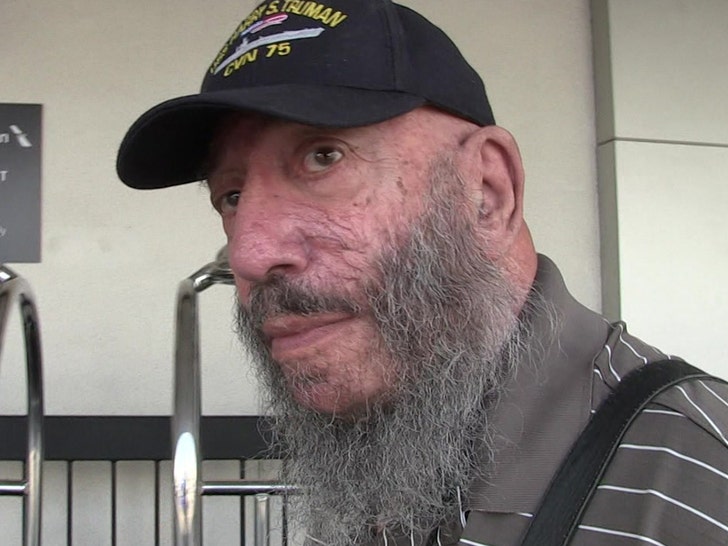 The horror icon's wife, Suzie, shared the news Monday on Sid's own social media account, writing … "On Saturday, September 21, 2019, my light, my heart, my true love, my King, the other half of my soul, Sidney, passed from this realm on to the next."

She went on to say, "He has returned to the Universe, a shining star in her heavens. He was my angel, my husband, my best friend and always will be." Suzie added, "He adored his family, his friends and his fans. This came as a shock to all of us. We, as a family, are asking that our privacy and time to mourn be respected."

Sid had recently been hospitalized and transferred to the ICU after he was involved in some sort of accident — this per screenshots of his IG account, which was apparently run by his wife. On Sept. 6, she was asking for prayers.

Sid's rep would only tell TMZ that the accident was something that took place at his home.

The exact circumstances of his death remain a mystery, but the outpouring of love from the horror community has been overwhelming — including from Rob Zombie himself, who shared a brief remembrance of his longtime collaborator.

Sid has starred as the patriarch of the Firefly family in "House of 1000 Corpses," "The Devil's Rejects" and most recently, "3 From Hell," which just hit theaters a couple weeks ago.

Aside from acting in Rob's films, he also starred in several other horror flicks over his 50-plus-year career, including roles in "Bone Tomahawk," "Hatchet III," "The Lords of Salem," "Devil in My Ride," "Night of the Living Dead 3D," and tons of other films.

Sid had 149 acting credits to his name, and was considered a fixture in the cult horror genre. We last talked to him in 2017, he was catching us up on projects he was working on at the time — saying he had 4 projects in the can. Dude clearly stayed busy.