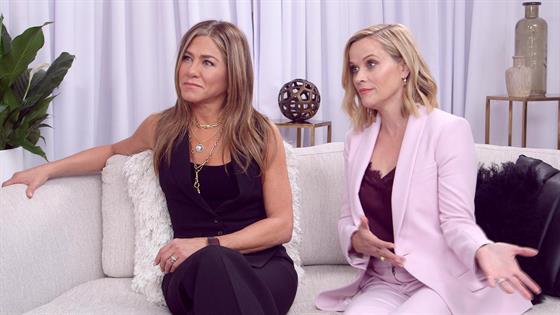 Jennifer Aniston and Reese Witherspoon are the captains now. The stars of Apple TV+'s The Morning Show also worked extensively behind the scenes as executive producers on the daytime TV drama.

"It's just a dream," Aniston told E! News' Will Marfuggi about her dual roles on the series. "It was an absolute dream to be able to get in there in all aspects of the creative process. I mean, we've been doing it for so, so long, it sort of comes as second nature."

"And you accumulate all this life experience," Witherspoon added. "And you're like, ‘I know how to run a team. I know how to be a supportive player. I know when to be a producer part of myself and when I need to just concentrate on the acting piece." 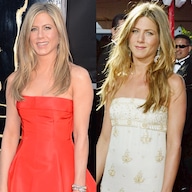 The Morning Show follows just that, a daytime TV news program. The status quo is rocked when Mitch Kessler (Steve Carell) is accused of sexual misconduct and later fired, leaving his co-anchor, Alex Levy (Aniston) to hold the show together. Witherspoon plays Bradley Jackson, an upstart reporter who gets pulled into this world almost against her will. Like her character, Aniston wanted in on all the conversations.

"I like that, I kind of like juggling," Aniston said about her dual roles. "I like knowing everything, like, everything." If she was ever excused from a huddle by others, she declined and stayed put. "It's sort of like seeing unanswered emails on a phone."

"For a long time, too, people didn't include us in the conversations, so being part of things and actually being a problem solver with everyone is really enormously productive," Witherspoon added.

In the series, the men upstairs (Alex's bosses) openly discuss the character's age. Both Witherspoon and Aniston said they were told they wouldn't work past 40, not to play moms and if they did the kids would have to under 10. "Just all these absurd things," Witherspoon said, noting she's worked more after 40 than she did before.

Now, there's a shift, Witherspoon said, especially as more and more venues for storytelling, like Apple TV+, pop up.

"It's just old society's messaging that we've been told and that we'd been going along with," Aniston said. "It's all of these ridiculous, sort of, labels that were put on women that just unnecessary and not true. Thank god we're able to now prove ourselves. I was saying, I'm at my age now and I feel like I'm just beginning a whole new chapter of my creativity and my career."

In the interview above, Witherspoon and Aniston open up about their friendship, working in the wake of the #MeToo movement and more.

The Morning Show premieres with Apple TV+'s launch on November 1.

Read More About How The Morning Show Helped Jennifer Aniston Feel Like She’s Starting a New Chapter at www.eonline.com