Jake Paul wants to beat the living dog snot out of Soulja Boy … but it's not out of hate — it's because the YouTube superstar wants to make him relevant again!!!

TMZ Sports spoke with Paul about calling out Mr. "Pretty Boy Swag" for an epic celeb boxing match … and he says it may not happen because Soulja Boy is SCARED of getting KO'd!!!

But, 22-year-old Paul tells us he's actually trying to HELP Soulja out … 'cause he thinks the fight will give him major clout and give him a new audience. 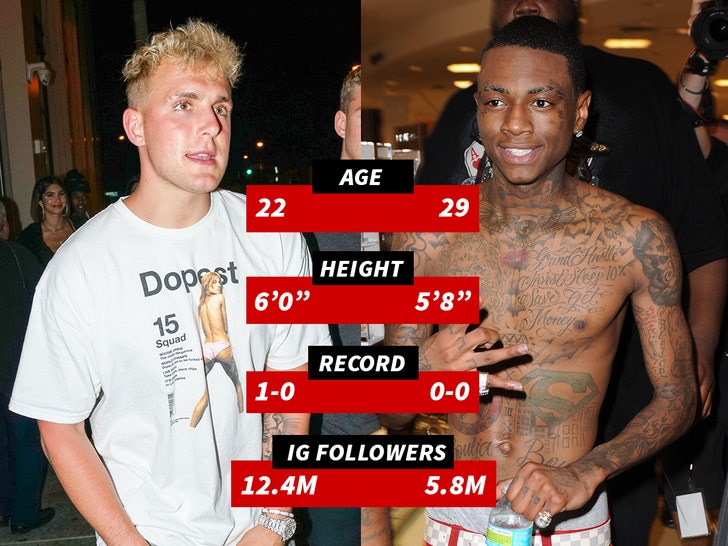 Jake beat up fellow YouTuber Deji via TKO last year … and he's been itching to get back in the ring ever since — calling out anyone from FaZe Banks to Dillon Danis.

As for Soulja, he's been flirting with stepping into the ring for years … and even famously came close to fighting Chris Brown in 2017, before Breezy backed out.

Paul says the 29-year-old rapper has nothing to be embarrassed about if he loses … 'cause he thinks Soulja would be the underdog.

"I don't think people would expect him to win."