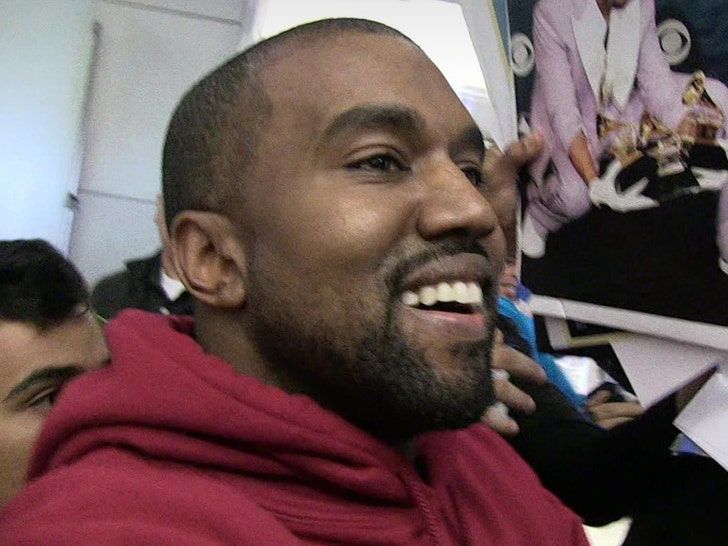 People who stay talking about missing the "old Kanye" might wanna listen to this — 'cause Mr. West was in NYC dropping bars like it was 2004 again ahead of his album drop.

Ye was in Jamaica, Queens Sunday at The Greater Allen A.M.E. Cathedral of New York, where he put on his weekly service with the help of the local congregation there — and at one point, the MC did what he arguably does best (besides making music) … spittin' rhymes!

Check it out … Kanye joyfully rapped with the help of the choir behind him, and it sounds like the man was flowing from off the top. A pure freestyle, in other words.

kanye was going off pic.twitter.com/bte7WTuA5x

He had the whole church rockin' with him too as he got everyone to put their hands up, jamming along to the music before eventually stepping back and letting another guy — who looks like he might've been the pastor for the day — take center stage again.

BTW, Ye had some talented company with him too. Word on the ground is Akon, Swizz Beatz and Alexander Wang were all in the building. So was Kim, North and Jonathan Cheban.

As for this though … Kanye looks happy as high heaven here. And rightly so, of course — he is supposed to be releasing his new album, "Jesus is King," later Sunday … and based on what we've heard from here to Detroit, he's in a great mode right now.

He's also been on the move — Kanye was just in Chicago Saturday night, where he performed alongside his pal, Chance the Rapper, building the hype for his new record even more.

If this freestyle and the music we've been hearing lately is any indication … it should be a good one. And now, we wait … ah, the anticipation. 😓

← Drake Letting Sacramento Kings Use His Plane for Games in India

After WeWork banned employees from expensing meat, Adam Neumann was spotted eating a giant lamb shank at a company dinner →