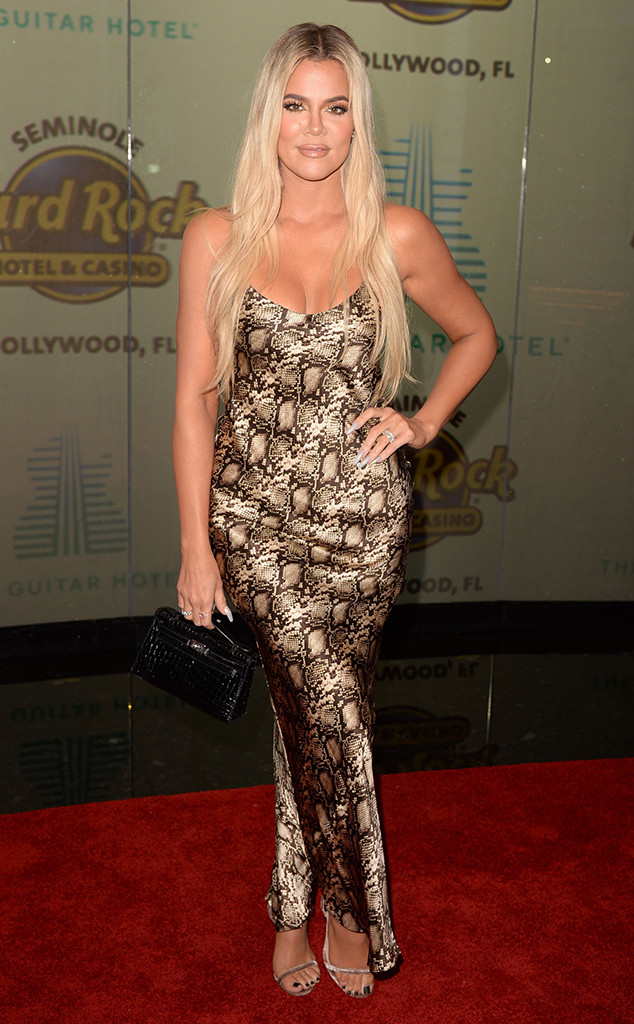 Khloe Kardashian has a new 'do—and it's an oldie, but a goodie.

The reality star has been consistently rocking shades of blond for more than five years now, but before gradually lightening her tresses, Khloe was known for her darker locks. Now, thanks to sister Kim Kardashian's newly announced KKW fragrance, the Diamonds Collection, fans are remembering KoKo of years past.

As Kim revealed on social media, she tapped sisters Khloe and Kourtney Kardashian for her first fragrance collaboration or, as she referred to them, "the OG's." In the campaign images shared online, all three sisters pose in neutral bodysuits with long, curly, dark manes—and Khloe's look did not go unnoticed by fans as the compliments poured in.

"I love Khloe as a brunette!" Kim tweeted. "I love that she changed it for this shoot!"

Excited fans can thank celebrity hairstylist Chris Appleton for bringing KoKo closer to her roots. "We took @khloekardashian brunette for this shoot," he wrote on Instagram. "This hair isn't the most easy to pull [off] but when it's right it's [fire]. Bringing back the bounce for 2020."

Meanwhile, we're printing this photo out and bringing it to our hair salon ASAP.

Mike Johnson Admits He Turned Down ‘The Bachelorette’ at First →