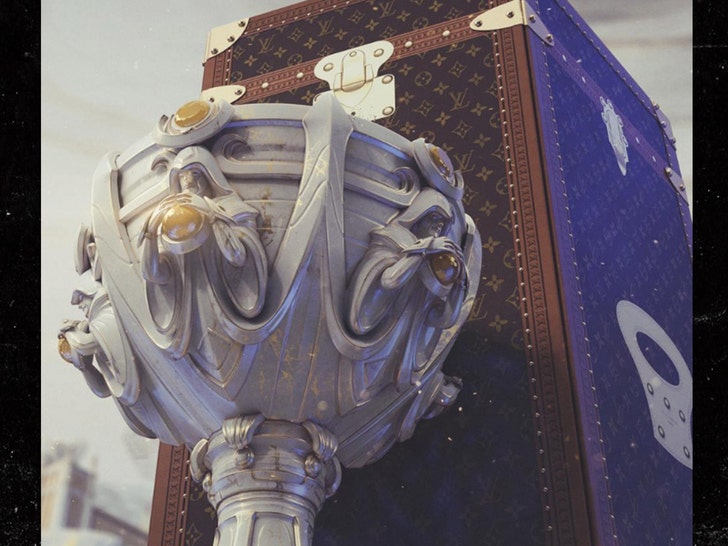 How's this for a fashion crossover?!?!

Louis Vuitton just dropped the first images of the custom travel trunk they designed for the most coveted trophy in Esports … the "League of Legends" Summoners Cup!!!

The trophy is awarded to winner of the world championships in Paris in November along with a $1 MILLION cash prize!

Now, LV is getting into the gaming world … partnering up with Riot Games (the company behind LoL) to create the official case of the Cup.

Here's how LV is describing the case …

"The bespoke trunk, the first of its kind for an esports championship, will feature both traditional Louis Vuitton savoir-faire along with cutting-edge, high-tech elements inspired by the League of Legends universe."

"In addition to the Trophy Case, Louis Vuitton has designed unique champion skins and a capsule collection designed by Nicolas Ghesquière, Louis Vuitton’s Artistic Director of Women’s collections, along with other League of Legend digital assets."

No word on how much the case is worth on the open market — but a special Louis Vuitton x Supreme trunk recently sold for $70,000!!! So, yeah … this is a valuable item for sure! 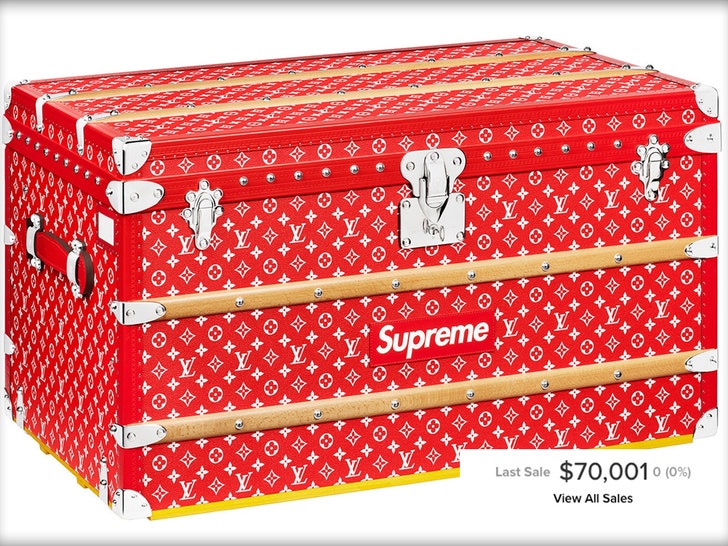 The 2018 "LoL" world title went to Invictus Gaming, a team from China. The runner-up was Fnatic, a team based out of the UK.

← How to see how many songs you have on your iPhone, and how much storage space those songs are taking up

The best iPhone accessories from cases to lightning cables →