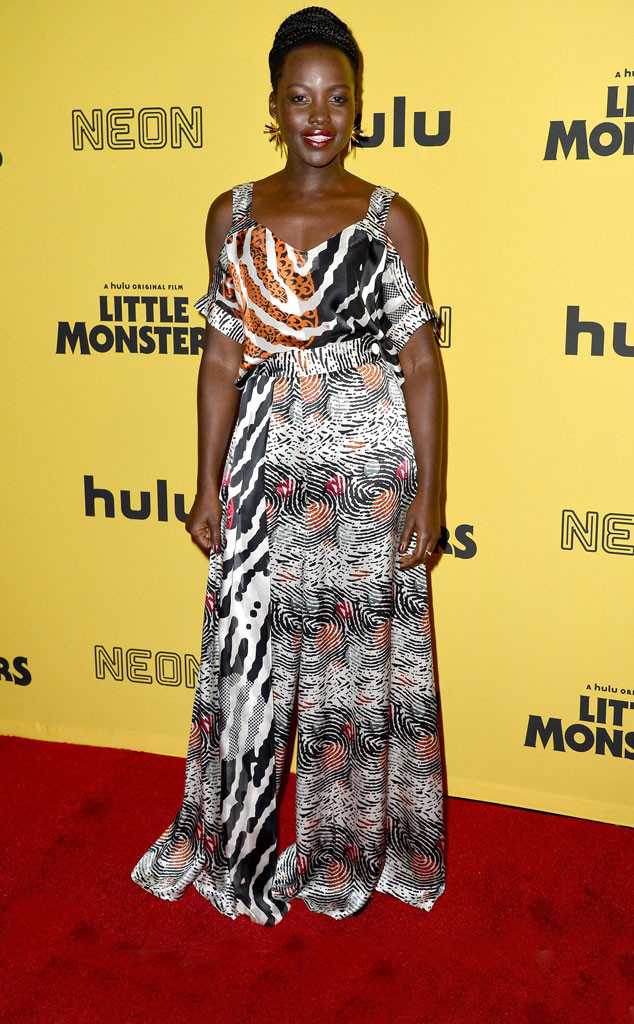 Earlier this year, Jordan Peele's critically acclaimed film Us hit theaters to the delight of horror fans everywhere. But the fun didn't stop when the credits rolled. Universal Orlando Resort is now doing a Us maze as a part of their Halloween Horror Nights experience.

Certain visitors of the maze were even treated to a special surprise when actress Lupita Nyong'o reprised her character of Red and scared some unsuspecting fans. The actress once again zipped up her iconic red jumpsuit and slid on her gloves to appear in a replica of the classroom scene from the actual movie.

The only thing scarier than a horror film is being trapped in one, which Lupita proved with her chilling performance throughout the event. However, Lupita didn't just let fans have all the fun! The actress actually walked through the maze with some of her family members earlier in the night. Turns out that starring in a horror film doesn't make walking through one any less scary.

In a video on the Halloween Horror Nights YouTube channel, the actress is seen practically running through the maze with her family members at her side. Complete with bloodcurdling screams and real fear. Safe to say Lupita got a little taste of her own medicine!

"That's the last time I'm making a horror film," the actress joked as she ran through the scary maze.

Read More About Lupita Nyong’o Reprises Her Us Character to Scare Fans Ahead of Halloween at www.eonline.com