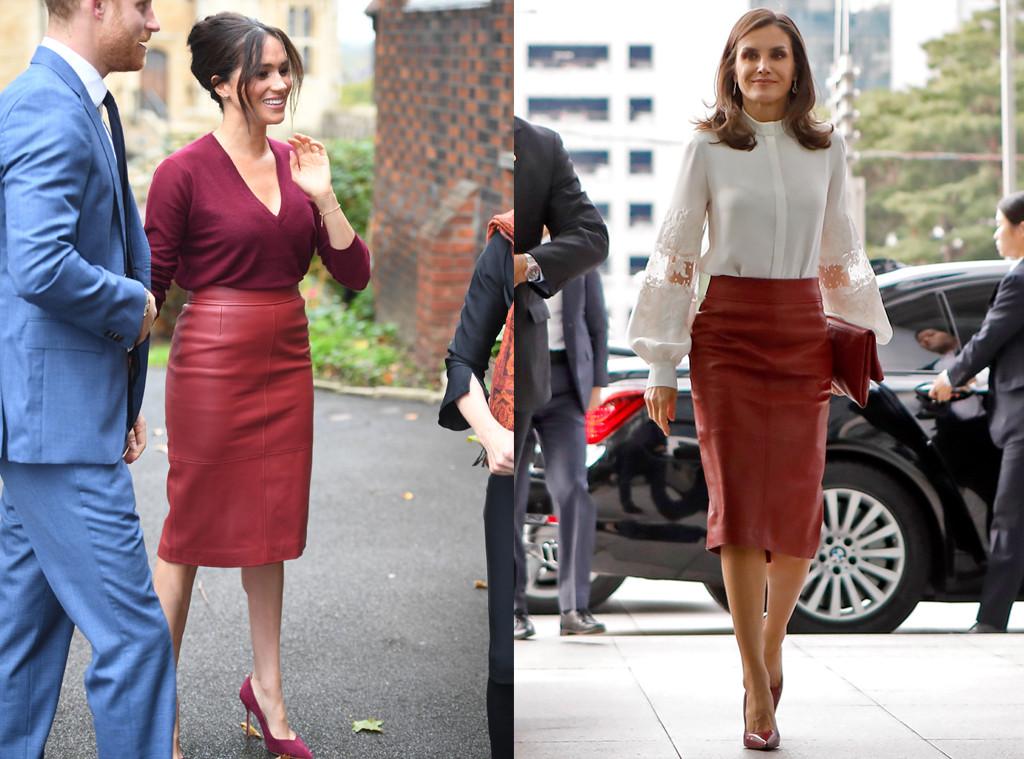 If one thing is for sure, it's that Meghan Markle knows how to pull off a pencil skirt.

As it turns out, Meghan isn't the only royal who loves this skirt. Queen Letizia of Spain has also been pictured wearing it. In fact, she wore it just 24 hours before Meghan while attending a ceremonial event in South Korea. For her top, Letizia, however, opted for a white blouse with oversized sleeves and lace detailing.

If you're wondering why Meghan's skirt still looks familiar it's because she e also wore it in green to a royal engagement in Sussex last year. Ever the fan of monochromatic looks, the royal paired the teal-green pencil skirt with a forest green button-up from & Other Stories.

So, what's the occasion for Friday's look? Meghan attended a roundtable discussion on gender equality with The Queen's Commonwealth Trust at Windsor Castle. Joined by her husband Prince Harry, Meghan stressed the importance of the cause and why it's crucial to have both women and men support it.

"In terms of gender equality, which has been something I have championed for quite a long time, you know, I think that that conversation can't happen without men being part of it," she said. "And this is something that is also very key to the way my husband feels. And he's been working in this space since 2013, which a lot of people don't notice as much. But I think that's what's really important: You can't have a conversation about women's empowerment with just women."

Read More About Meghan Markle’s Red Leather Skirt Is Straight Out of Queen Letizia of Spain’s Closet at www.eonline.com