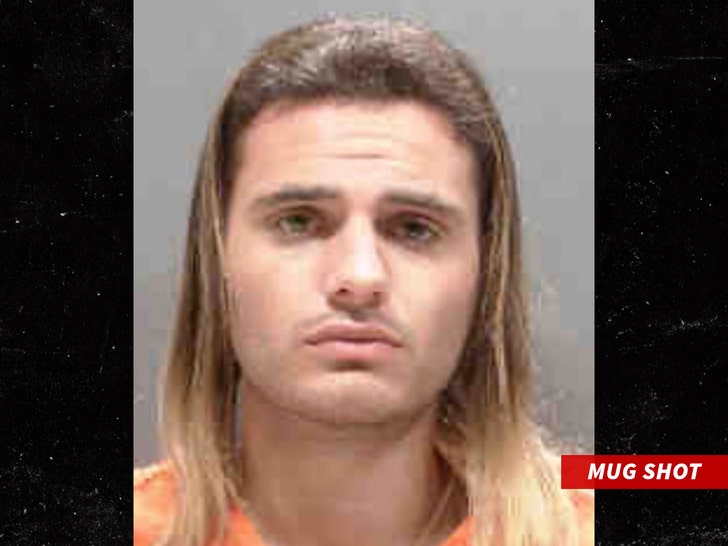 MTV reality star Pauly Paul was arrested Friday … because he just loved music a little too much.

The "Siesta Key" star was busted for allegedly violating his probation in his weed case by leaving the county where he lives to attend the VMAs.

It appears Pauly went from Sarasota, FL to Newark, NJ August 26 to attend the MTV VMAs.  Doesn't sound like a problem, except he's required to get permission from his probation officer to travel out of state … and he didn't.

Pauly also went to New York City during the trip, which made things all the worse.

He decided — belatedly — to report what he did to his probation officer August 29. That triggered the probation violation and Pauly surrendered Friday. He was released the same day, but faces jail time if the judge is out for blood.

As we reported, Pauly was arrested in June of last year after cops pulled him over and smelled weed. He confessed to having a couple of bags on him, which weighed 27.6 grams, and in Florida anything over 20 grams is a felony.

He pled no contest to the charge and was placed in 18 months probation. Worst case scenario … he could get up to 5 years in prison for the probation violation, but clearly that won't happen — but something might.

← With Tesla's Elon Musk and Rivian's RJ Scaringe, we have the Henry Ford and Alfred Sloan of electric vehicles (TSLA, GM, F)

One year after killing off its premium Apple Watch, Apple is bringing it back with a new version that costs as much as $1,400 (AAPL) →