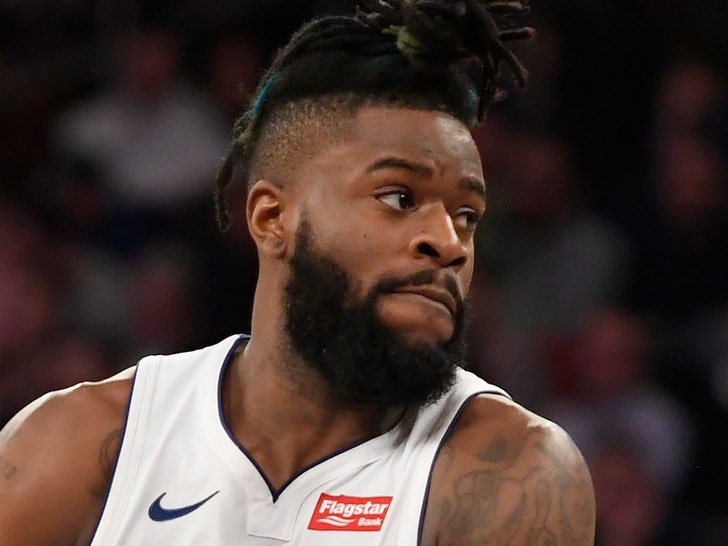 The sister of New York Knicks player Reggie Bullock was murdered Monday night after cops say she suffered a gunshot wound to the chest in Maryland.

TMZ Sports has confirmed 22-year-old Keiosha Moore was shot just a few miles from Downtown Baltimore sometime Monday evening … and walked to a nearby hospital with a bullet wound in her chest.

Police say they responded to the hospital at around 7:48 PM … but Moore was pronounced dead a short time later.

Cops say the person who shot Moore is still unknown … and add they have launched an investigation into the shooting.

Bullock wrote on Twitter on Tuesday night, "GUN VIOLENCE I WILL LEAD OMM💔"

It's the second time 28-year-old Bullock has had to go through this tragedy … back in 2014, another one of Bullock's sisters, Mia Henderson, was killed in what appeared to be a hate crime for her being transgender.

Bullock has talked often about how that shaped his life … saying on "The Herd" back in 2016 Mia taught him how to be a strong person.

Bullock has since been extremely active in communities to help stop bullying.

The Knicks announced Tuesday that Bullock's teammate, Dennis Smith Jr., is also dealing with a tragedy this week … saying he lost a close relative recently as well.

"Our Knicks family is deeply saddened by the sudden passing of Reggie Bullock and Dennis Smith Jr.'s close family members," the team said in a statement.

"At times like this, we are reminded that life is bigger than basketball. Our thoughts are with them and their families.”