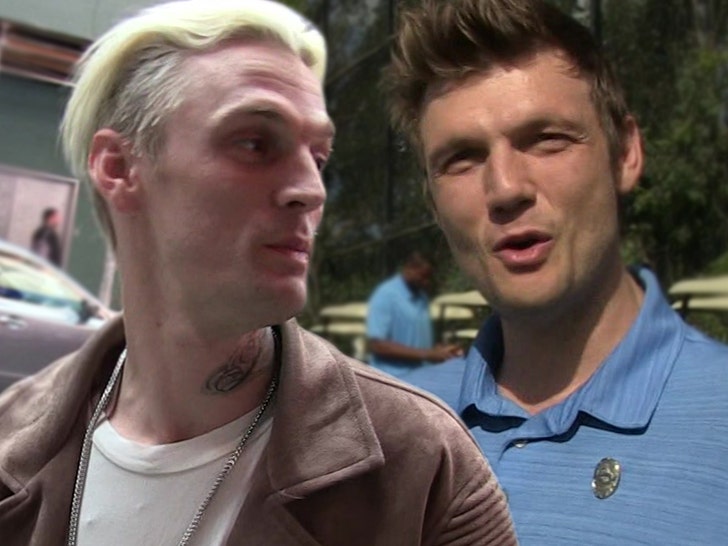 Nick Carter says he had to protect his wife and unborn child from his brother because Aaron flat-out told their sister, "I have thoughts of killing babies."

That bombshell allegation is in the restraining order request Nick filed Monday in Las Vegas. In the docs, he says Aaron and their sister, Angel, were talking by FaceTime on August 7, 2019 … and according to Angel, Aaron said, "I want to tell you something that I never told you before — I was diagnosed with schizophrenia and bipolar 2 years ago."

According to the docs, Angel asked Aaron if he heard voices … and that's when he made the "killing babies" remark. Angel asked if he thought about killing anyone else, and she claims he said, "I think about killing Lauren Kitt" … who is Nick's pregnant wife.

Aaron's then-girlfriend, Lina, was there during the convo and chimed in, "Angel, how do you think I feel with him sleeping with a sword next to him?" According to the docs, Aaron got upset and said, "Shut up Lina, you are next on my list."

Aaron and Lina have since had an ugly break up.

As we reported, Nick was granted the restraining order which requires Aaron to stay away from Nick, Lauren, their son and Lauren's parents.

Here are 12 of the most important executives leading Google Cloud as it takes on Amazon Web Services and Microsoft Azure (GOOG, GOOGL) →