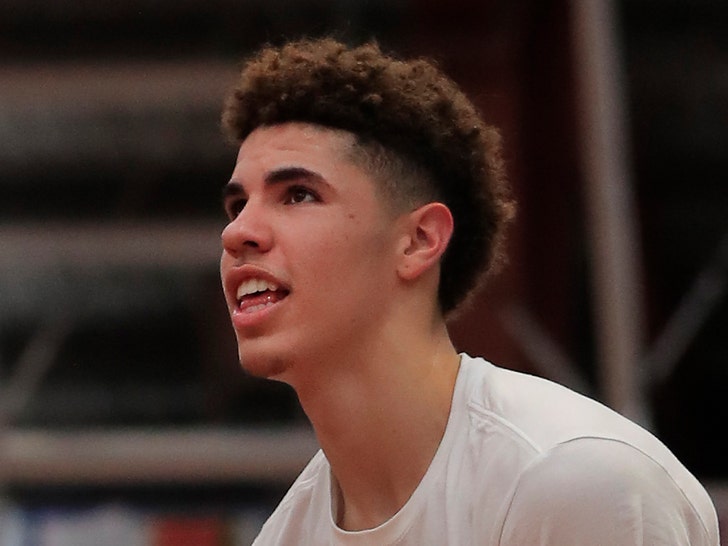 With LaMelo Ball reportedly open to signing a shoe contract outside of the Big Baller Brand, TMZ Sports has learned Nike has a serious interest in working with the 18-year-old.

Our Nike sources tell us … the company is actively scouting the youngest Ball brother and even has a scout in Australia monitoring him as plays pro ball overseas.

We're told Nike has not made a formal offer at this point, but the interest is real — and we're guessing the fact Melo has been rocking Nike shoes lately is a good sign for the Swoosh.

Of course, things could get dicey with LaVar Ball who says he's deadly serious about reviving the Big Baller Brand after a disastrous first run.

Remember, Lonzo Ball was so upset with the brand, he had the BBB tattoo on his arm covered up … and his manager instructed everyone to throw away their ZO2 shoes.

Plus, Lonzo sued BBB executive Alan Foster — accusing him of stealing millions of dollars from the company.

Meanwhile, Lonzo recently appeared on L.A.'s "The Real" 92.3 radio station and said he's open to signing a shoe deal outside of the BBB brand.

The big question … how does LaVar feel about his kids possibly working with another brand — and at this point, does LaVar's opinion even matter anymore to his boys???