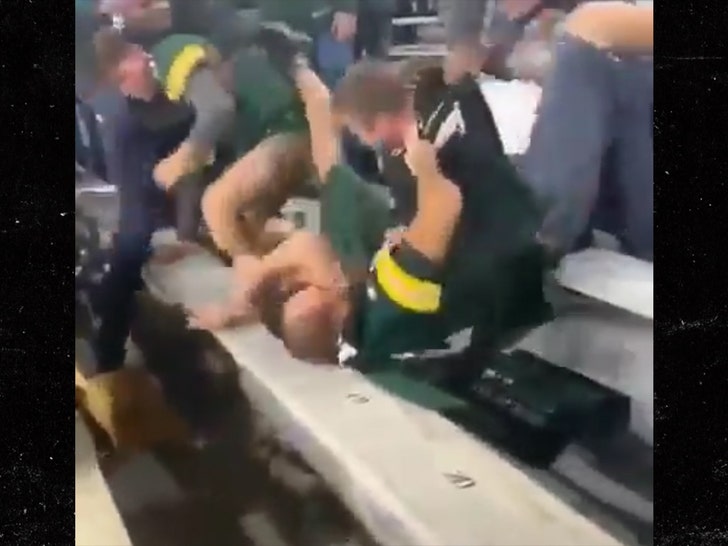 Some Eagles and Packers fans got into an all-out brawl in the stands at Lambeau Field on Thursday night … and cops tell TMZ Sports some of the fighters were taken to jail.

At some point during the Philly-Green Bay game on "Thursday Night Football," fans in Eagles jerseys started wrestling with fans in Packers jerseys.

The brawl got pretty intense … punches and kicks were thrown — and bodies were dragged all over the bleachers.

What would any game involving the Eagles be without someone being taken away in handcuffs pic.twitter.com/wHRHYi3XOF

Eventually, cops came in to break it up … and a Green Bay Police Dept. spokesperson tells us the three main culprits in the brawl were all arrested.

We're told the three — who were 37 years old, 34 years old and 32 years old — were all hit with charges of unlawful conduct at a public event.

We're told as punishment for their crimes … the guys were transported to jail — and after they bailed themselves out — they were hit with $880 tickets.

The spokesperson added NONE of the fighters were residents of Green Bay.