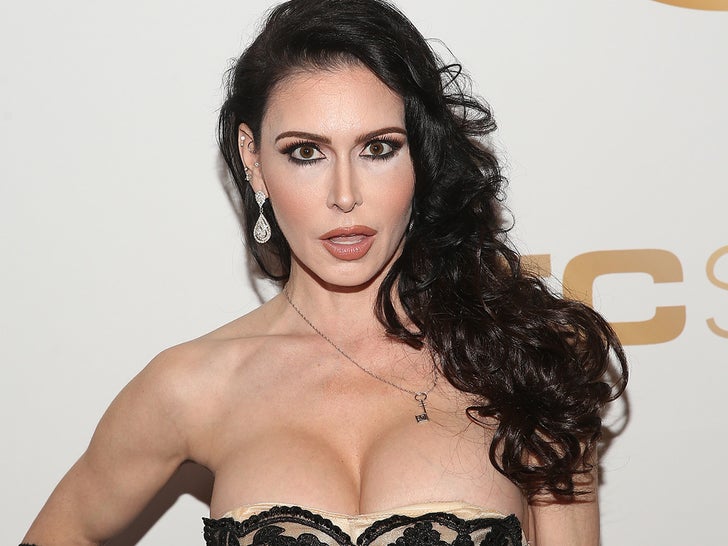 Law enforcement sources tell TMZ … a friend went to check on Jessica Tuesday afternoon in her San Fernando Valley home because he hadn't heard from her in a while. When the friend arrived at her home, our sources say the friend found Jessica unconscious.

We're told fire and EMS got a call for cardiac arrest for a female. When they got there, nothing seemed amiss. They pronounced her dead at the scene. The cause of death is unknown and now the L.A. County Coroner's Office is investigating.

She went on to appear in well over 200 adult films and was an active performer as of late on her exclusive content website. She also earned some mainstream credits. Jessica appeared as herself on several episodes of the Showtime series "Weeds."

Jessica got her stage name combining her real first name and adding the first name of her then-lover James. She was born Jessica Redding in Anchorage, Alaska. Her mother is of Czech and French descent while her father was reportedly an undercover DEA agent.

She attended New Mexico Military Institute in Roswell, New Mexico before attending and graduating from Rio Salado Community College. She was a fourth through sixth grade teacher for 3 years before becoming an adult film actress.  Interesting life.

← Survivalists are buying underground doomsday bunkers to prep for the apocalypse. Here's what they look like.