President Trump is back to taking shots at Jussie Smollett and Chicago prosecutors who dropped criminal charges against him … calling the "attack" a sham and comparing it to the impeachment inquiry.

Trump riled up his base Monday during a fundraiser at his Chicago hotel … bringing up the Jussie case in front of a room filled with cops and also bashing police chief Eddie Johnson.

The Prez went after Jussie for bringing "MAGA country" into it and said the actor actually beat up himself. TMZ broke the story … Jussie claimed his attackers yelled, "MAGA country" as they fled, dousing him with bleach and putting a rope around his neck. 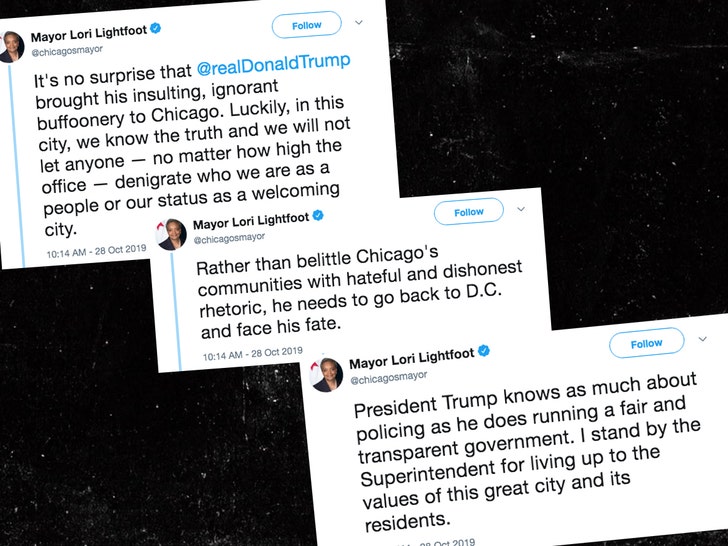 Chicago Mayor Lori Lightfoot, who was elected after Jussie's alleged attack, ripped Trump's speech on social media … saying it's no surprise Trump brought his "insulting, ignorant buffoonery" to her city.

It's not the first time Trump has lashed out at Jussie — it's at least the fifth occasion.

Trump's used Smollett as a rallying cry in Wisconsin and Michigan, and tweeted about the case a few times — insinuating the real hate crime was against "MAGA country" and calling the dropping of the charges and "embarrassment" to the nation.

Jussie and the City of Chicago aren't letting the case die … and neither is Trump.

← The creator of the 'Daybreak' comic adapted by Netflix has ideas for a follow-up, but doesn't want to think about Hollywood while making it