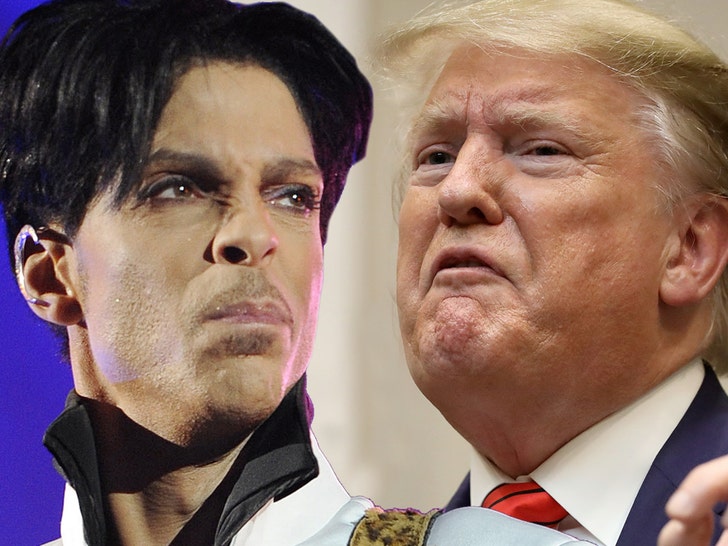 Prince's Estate is furious with President Trump after he played "Purple Rain" at a rally … almost exactly a year to the date when Trump's Campaign agreed to stop playing the late singer's music.

Trump was in Minneapolis Thursday at The Target Center with a crowd of 20,000 people. Before the rally started, "Purple Rain" played throughout the arena on loudspeakers.

The decision to play the famous Prince song pissed off the singer's estate, who in a statement said, "President Trump played Prince’s “Purple Rain” tonight at a campaign event in Minneapolis despite confirming a year ago that the campaign would not use Prince’s music. The Prince Estate will never give permission to President Trump to use Prince’s songs."

Omg. They are playing Purple Rain at the Trump rally!! That is INSANE!! @PRNFamily @prince #NO #RESIST pic.twitter.com/b2oYmtccY4

It was just last October when attorneys for Prince's Estate fired off a letter to Trump's team, demanding they never play a Prince song again. In a letter back to the estate, Trump's Campaign agreed to never play Prince again … but that agreement was broken Thursday.

It's currently unclear what steps — if any — Prince's legal team will take against Trump and his Campaign.

The CEO of SAP is stepping down, and his replacements signal a new willingness to compete with Salesforce and Workday in the cloud (SAP, CRM) →