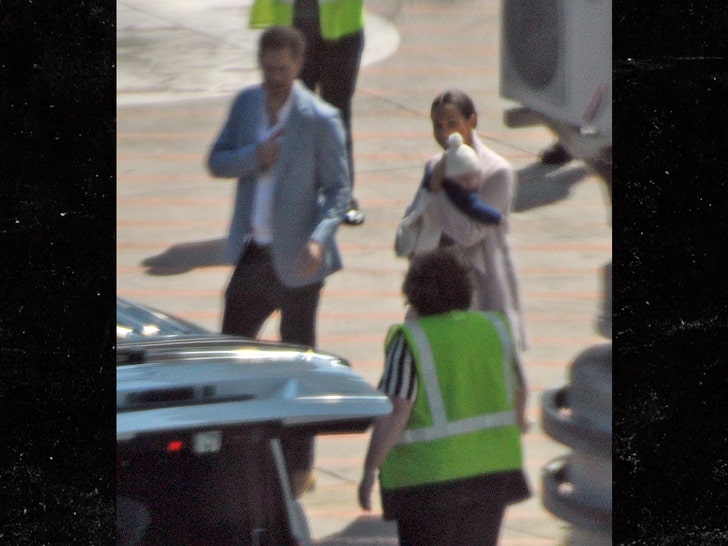 Prince Harry and Meghan Markle are making certain no one can call them the Duke and Duchess of Hypocrisy — they flew commercial for a grueling trip WITH their 4-month-old baby.

Don't get us wrong … the royal couple still got the royal treatment Monday morning after landing in Cape Town, South Africa. 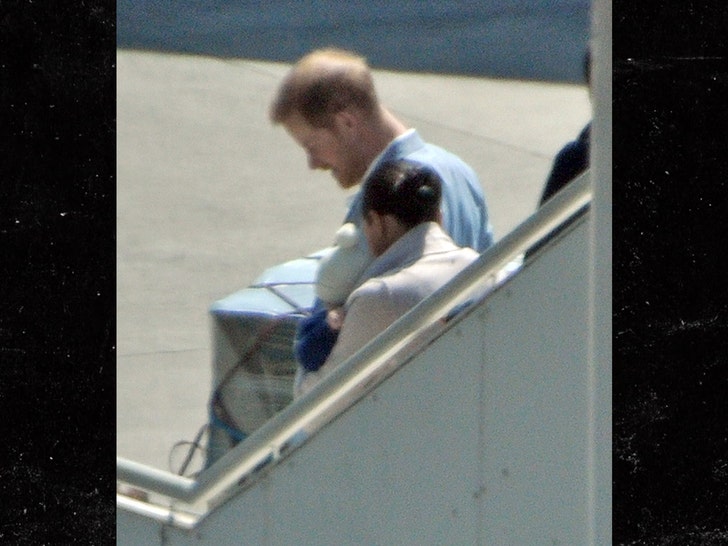 A team of security guards and airport staff led them away from their British Airways flight. The fam was looking pretty weary on the tarmac as Meghan cradled baby Archie … who was rocking a stylish beanie, btw.

The 11-and-a-half hour, nonstop flight from London ain't easy for normal travelers, and when ya add baby Archie to the mix … ya gotta say Harry's doing his best to flip public opinion. 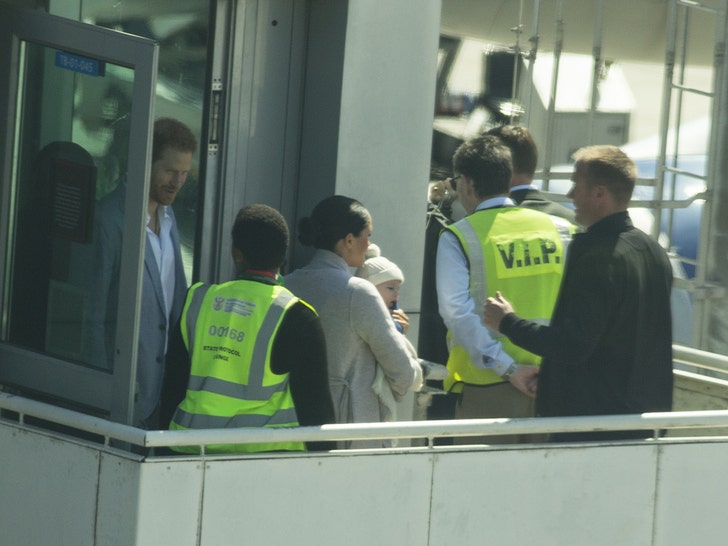 Meg and Harry caught a rash of crap for jacking up their carbon footprint on a gas-guzzling private jet to visit Elton John in France last month. Although, Harry said afterward sometimes it will be necessary to fly private for the safety of his family, this now the 2nd time he's been spotted on a commercial flight since then.

The Duke and Duchess of Sussex, and Archie, are kicking off a 10-day tour of the former British colony. 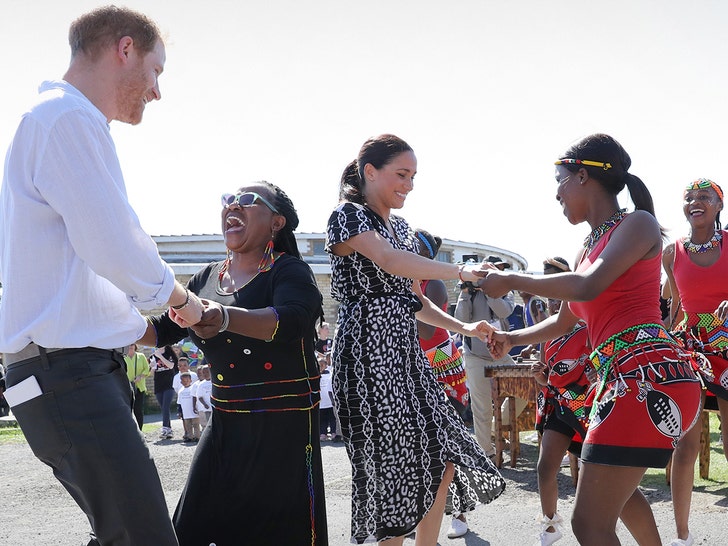 They're already hitting it off with the locals by dancing with some of their greeters in Cape Town.

Well, perhaps wisely, Harry let Meghan do most of the dancing.

Read More About Prince Harry and Meghan Markle Fly Commercial in with Baby Archie at www.tmz.com