Prosecutors Fire Back at R. Kelly’s Request to Get Outta Jail 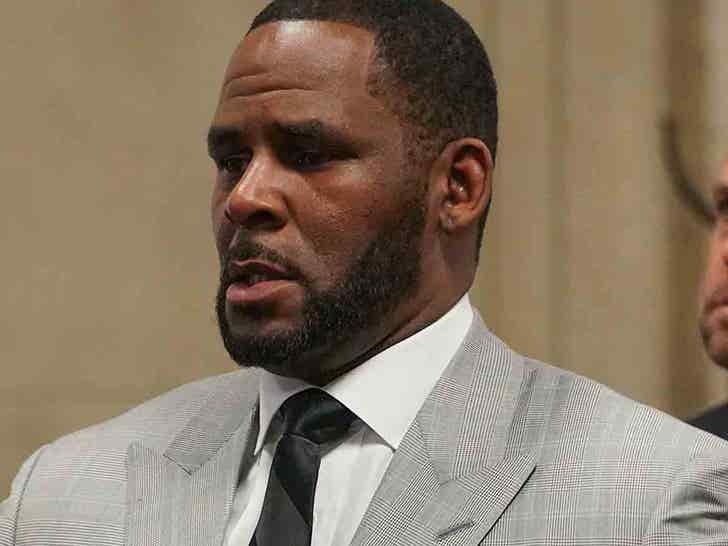 Prosecutors ain't buying R. Kelly's excuse he needs to get outta jail while his criminal case is pending … saying the singer's full of BS, and is likely to make a run for it.

According to new legal docs, obtained by TMZ … the government says Kelly's definitely a flight risk if he gets outta jail, even though the singer's legal team claims his passport doesn't contain a single stamp showing international travel.

In docs, prosecutors say earlier this year after he was released on bail in Illinois, Kelly sought to travel to Dubai with his two GFs, each of whom took steps to get their own passports.

Prosecutors also called BS on Kelly's legal team claiming the singer won't tamper with or intimidate witnesses. The government contends Kelly "has a history of coercing women to write letters containing false and embarrassing allegations" so he can later use them as blackmail.

And, then there's this … prosecutors say Kelly's claim he's broke is misleading because he continues to get hundreds of thousands of dollars in royalties for his music. What's more … the government argues it found out he's redirecting these royalties to the bank account of a childhood friend, but could easily redirect the dough to himself.

The government's docs don't include any visible response to Kelly's claim he's in failing health and should be released as a result. However, chunks of the document are redacted.

TMZ broke the story … Kelly's lawyer filed legal docs in which they outline various medical issues, including numbness in one of his hands, anxiety and an untreated hernia.

Kelly's legal team, in their filing, assured the judge the singer would not be a flight risk and he vowed not to tamper with or intimidate witnesses.

Read More About Prosecutors Fire Back at R. Kelly’s Request to Get Outta Jail at www.tmz.com