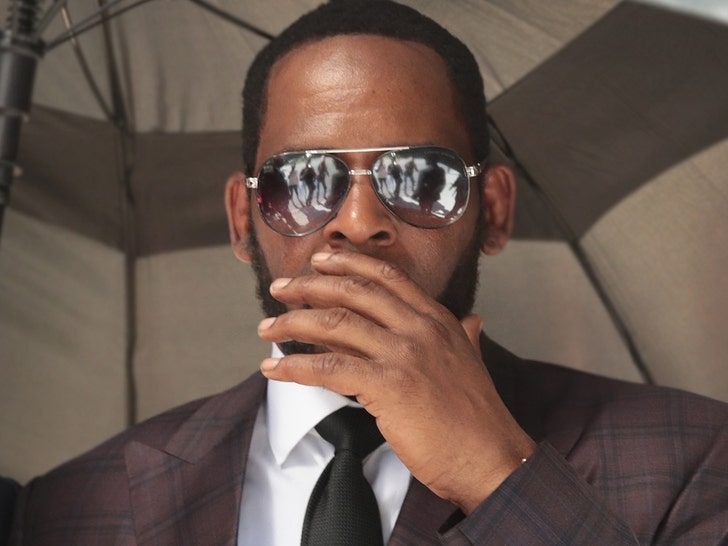 R. Kelly has another big legal problem — a Minnesota judge just issued a bench warrant for his arrest because he was a no-show Thursday for a hearing, but this time it's not the singer's fault … it's because he had no choice.

Kelly's hearing was set for 1:30 PM at the Hennepin County Court Thursday. He's facing 2 charges — engaging in prostitution with someone under 18, and hiring/offering/agreeing to hire someone for sexual contact.

The problem — Kelly's incarcerated at the MCC Chicago prison on federal sex crimes.

The Minnesota D.A.'s Office tells TMZ … prosecutors there are aware the federal authorities in the Northern District of Illinois are unwilling to give them access to Kelly until his federal case is resolved.

Still, the bench warrant was issued. At a point, how many times can you be jailed, right? When you're in once, you're in.

As we've told you … Kelly's back in general population at the Chicago Correctional Center. This allows him more fresh air and freedom than solitary … and more face time with his girlfriends.

← Lil Pump Says He Can Dunk a Basketball, TMZ Challenges Him to Prove It!

WeWork is debating whether to take power away from Adam and Rebekah Neumann, its husband and wife cofounders, to get its IPO back on track →