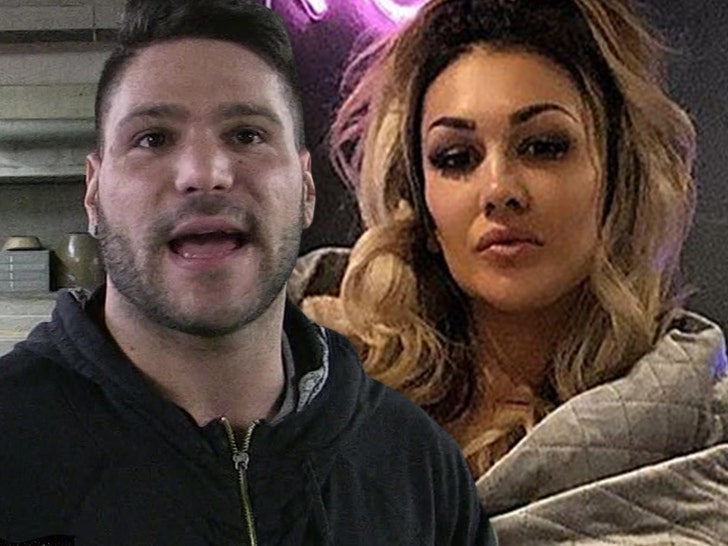 Ronnie Ortiz-Magro might have dodged a felony in his nasty incident with Jen Harley … but he has a laundry list of misdemeanors to deal with.

The embattled 'Jersey Shore' star's officially been hit with 5 different charges by the L.A. City Attorney for the early-October incident with his baby mama.

As we reported … Ortiz-Magro was originally arrested for kidnapping after allegedly hitting Harley, chasing her with a knife, taking their 18-month-old daughter from her and locking them in their Airbnb. When cops came, he allegedly refused to come out and had to be tased before being placed in cuffs.

Ronnie caught a break Wednesday, though, when the L.A. County District Attorney's Office kicked his case down to the City Attorney because it didn't meet the D.A.'s criteria for any felony charges.

Still, Jen allegedly suffered gnarly bruises and scrapes from the fight with Ronnie and there are photos of the injuries … along with a neighbor's surveillance video of her appearing to try to hide, and clearly looking scared.

Ronnie has denied wielding a knife or inflicting any injuries on Harley, and claims he was just trying to protect their daughter.

Nevertheless, LAPD issued an emergency protective order against Ronnie based on Jen's claim he said he was going to kill her … but it has since expired.