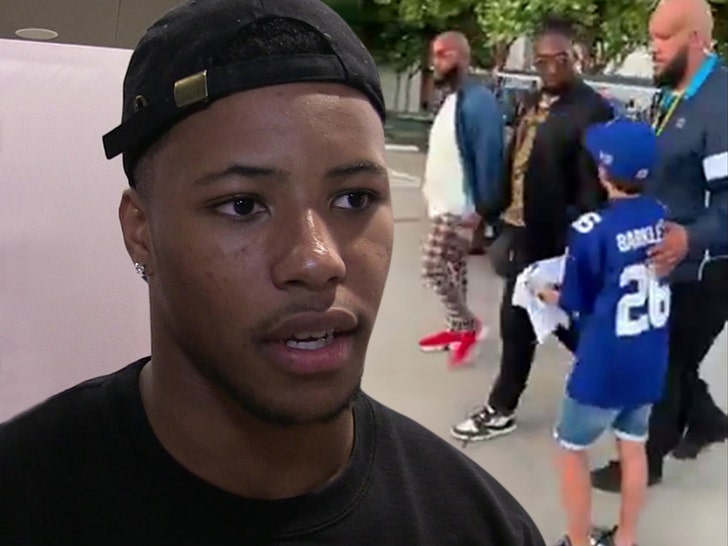 Saquon Barkley is jumping in to save the day for a dissed Giants fan … he just invited the little kid who was roasted by DeMarcus Lawrence to a game in November!!!

11-year-old Kamil Bautista — a NY fan living in McAllen, Texas — drove 9 hours with his family to watch the Cowboys play the Giants in Dallas last weekend.

But, after the game when he was searching for autographs from players outside the stadium … Lawrence blew him off, telling him his Barkley jersey was the wrong team!!!

TMZ Sports spoke with Kamil's father, Jorge Bautista, who told us the whole situation sucked … and said Jerry Jones should sit down with Lawrence to explain to him that wasn't right.

Well, Barkley saw the whole situation … and guess what??? HE WANTS TO HANG OUT WITH THE KID NOW!!!

Sources close to the situation tell us Barkley reached out to the Bautistas this week and invited them to their Nov. 10 game against the Jets in New York.

We're told Barkley is flying them out and will give them a meet-and-greet experience as well as VIP treatment at MetLife Stadium.

Oh, and we're told the kid will almost certainly get some autographs from the team too!!!

Pretty cool move by the Giants superstar … props to the tailback for making it happen!!!

← Felicity Huffman's Prison Life Will Include Tanning and Bed Making