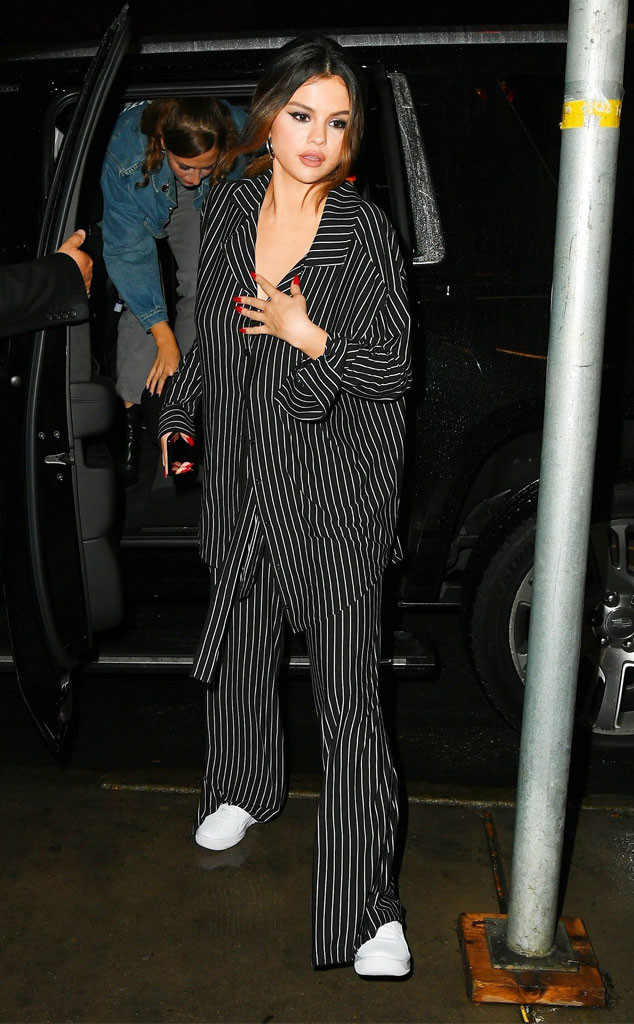 Nothing to see here!

Selena Gomez is single but not so ready to mingle, and she wants the world to know it. The "Lose You to Love Me" singer was recently spotted with ex Samuel Krost, which had the internet wondering if she may be spoken for. However, Selena took to Instagram on Wednesday to shut down any speculation of a reconciliation, and confirm that she is in fact waiting for the perfect timing.

Selena has been busy promoting her new music in New York, but stopped her busy schedule to grab a bit to eat with her ex. While the internet jumped to conclusions about her relationship status, the singer took to her Instagram stories to shutdown all the buzz.

"I'm not dating anyone," she wrote. "I've been single for two years. I'm on God's timing not mine." Selena has been very open about her relationship status as of late, and she recently revealed that she's in a great place and ready for love when love is ready for her.

"It's also more beautiful for me because I know exactly where I was when I wrote it and how I felt," Selena shared with Ryan Seacrest about her new music. "Absolutely not. That wouldn't have happened. It took me a long time to get through it. But, now it's fun! I'm smiling! It's so great."

On a recent interview she did with Zane Lowe for his Apple Music Beats 1 show, "New Music Daily," she also talked about how her BFF Taylor Swift helped her heal through past heartbreak.

"[Taylor has been an] amazing [friend]. For sure," the singer revealed. "She was frustrated when I was frustrated. She was sad when I was sad. But more than anything, my friends stood by my side. I think they visibly saw me in so much pain and they didn't want it for me…They never stopped loving me. And I played her the song, and I played it with her mom and dad and I showed her the video and her mom and Taylor started crying."

She may have been single for two years, but look at her now!

Twitter's decision to ban all political ads is a PR win, but it will have almost no effect on the company's advertising business →