Selena Gomez is starting a new chapter, and she's enjoying every second of it.

The superstar singer is riding high this week after releasing two new hit songs, the powerful ballad "Lose You to Love Me," and the up-tempo track "Look at Her Now." In the ballad, Gomez sings of a past love who caused her heartbreak. As fans will know, Gomez specifically references her relationship with former on-off beau Justin Bieber in the "Lose You to Love Me" lyrics, noting that he moved on "two months" after their split.

During her chat on Ryan Seacrest's radio show Thursday, Gomez reflected on "Lose You to Love Me" and how she wrote it over a year ago.

"It's also more beautiful for me because I know exactly where I was when I wrote it and how I felt," Gomez said, adding that she wouldn't have been able to release it at the time she wrote it. "Absolutely not. That wouldn't have happened. It took me a long time to get through it. But, now it's fun! I'm smiling! It's so great."

Just 24 hours after releasing "Lose You To Love Me," Gomez dropped "Look at Her Now," showing that she's doing just fine after the breakup.

"Of course she was sad," Gomez sings on the track. "But now she's glad she dodged a bullet."

While talking about "Look at Her Now" with Seacrest on Thursday, the 27-year-old star explained, "I wrote it as a story. I wanted that perspective because…I also wanna show that there's so much strength in being and claiming who you are, especially for me as a woman." 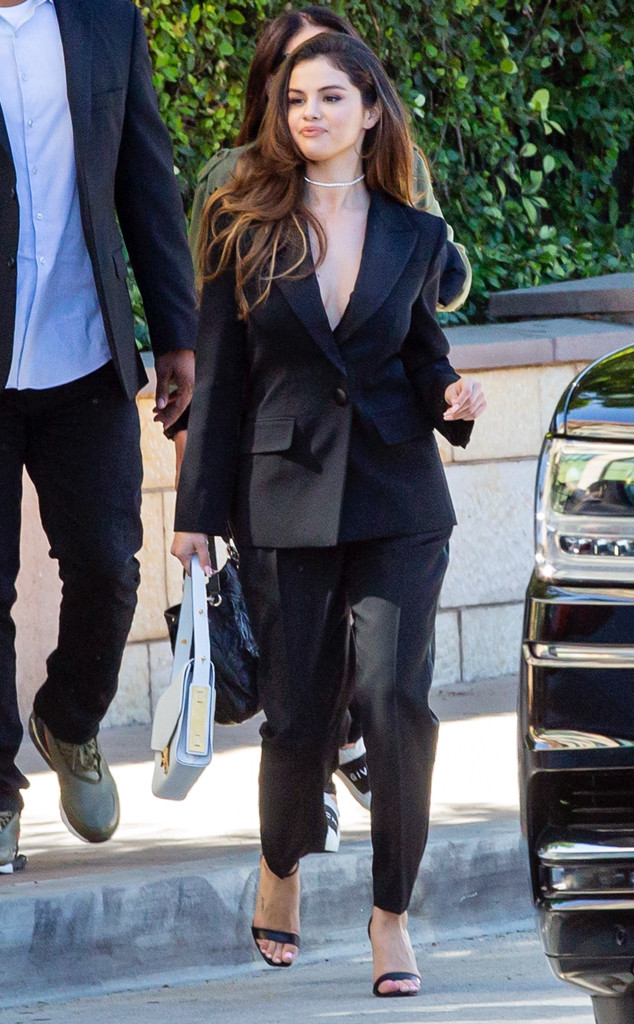 Gomez went on to say that it's "a million times harder" for her to share something like this song because she'll get "criticized for it."

"But if I allow that to go in, then I'm never gonna release what I actually feel inside," Gomez explained. "So, this was me actually feeling like, I did it, like I actually did it, and now, I mean, it's just up from here. And I wanted to do that, really, for my fans."

"They've stood by me for years and years and they've walked with me through everything I've gone through," Gomez said of her fans. "I just wanted to let them know I was good."

Take a look at the video above to see Gomez talk more about her new songs!