Shanley Caswell Cleansed Her Apartment With Sage After Making The Conjuring–and We Don’t Blame Her! Shanley Caswell Cleansed Her Apartment With Sage After Making The Conjuring—and We Don't Blame Her!

Shanley Caswell knows firsthand what it's like to be haunted.

On Wednesday, The Conjuring alum stopped by Daily Pop to discuss the real-life horror story she experienced while making the 2013 film. Caswell, who has detailed her possible haunting for this Sunday's horror-centric E! True Hollywood Story, revealed that she and other members of the cast would wake up between 3 and 4 a.m. every morning.

"I woke up and I just yelled at the wall basically. Saying like, 'Please leave me alone! 'Cause I have to go to bed and I have to wake up in two hours. Whatever you are, I don't care, just leave me alone,'" Caswell recalled during her exclusive chat with Justin Sylvester and Carissa Culiner. "I must've looked like a crazy person."

Although Caswell learned that "you're supposed to be very direct with entities," she did not find solace during production. In a sneak peek for Sunday's episode, Caswell revealed that famed paranormal investigator Lorraine Warren claimed that "causing a lack of sleep is the first step in possession."

And, as Caswell further revealed on Daily Pop, Warren said there was an entity present amid her visit to The Conjuring set.

"She came into one of the rooms and she said, 'There's something here,'" the NCIS: New Orleans actress explained. "And we said, 'That's impossible, Lorraine. We built this set.' And then she said, 'No. It's attached to the items in the room.' The furniture, it was all antiques from around the city."

This comment from Warren spooked Caswell enough that she "never went into that room again."

Ironically, Caswell always had a fascination for the paranormal and wasn't afraid to work on The Conjuring. 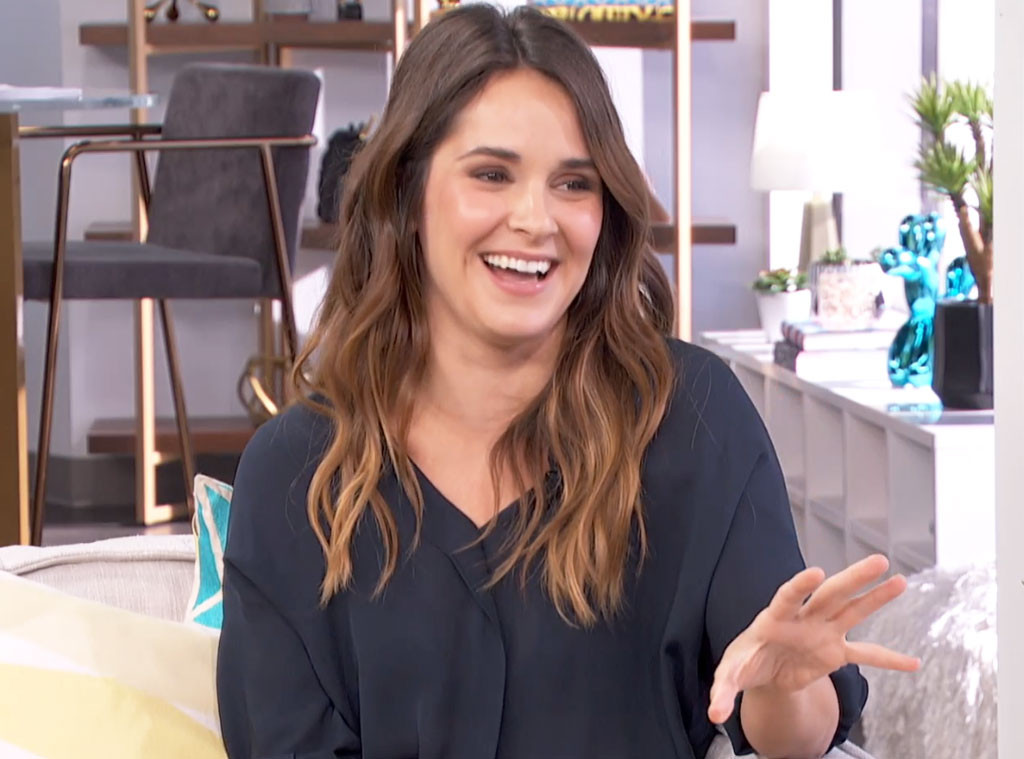 However, in the years following production, the brunette artist's interest into the other side lessened.

"There was a limit where I was like, 'This is unhealthy. I need to take a step back,'" the Detention actress added. "I need to just not think about this so much, 'cause it just consumed all my thoughts."

Even though life went "back to normal" after filming, Caswell still cleansed her whole apartment with sage.

"I saged my apartment, yeah. I didn't feel any different, but I was like, just in case I want to cover my bases and just like clean this place out. Just in case," Caswell disclosed.

For all of this and more, be sure to watch Caswell's full Daily Pop interview in the video above.

Read More About Shanley Caswell Cleansed Her Apartment With Sage After Making The Conjuring–and We Don’t Blame Her! at www.eonline.com

← Facebook agreed to pay millions to publishers, and now some hope to use it to pressure Apple and Google for better terms

Lori Loughlin's Husband Allegedly Emailed He 'Had to Work the System' →