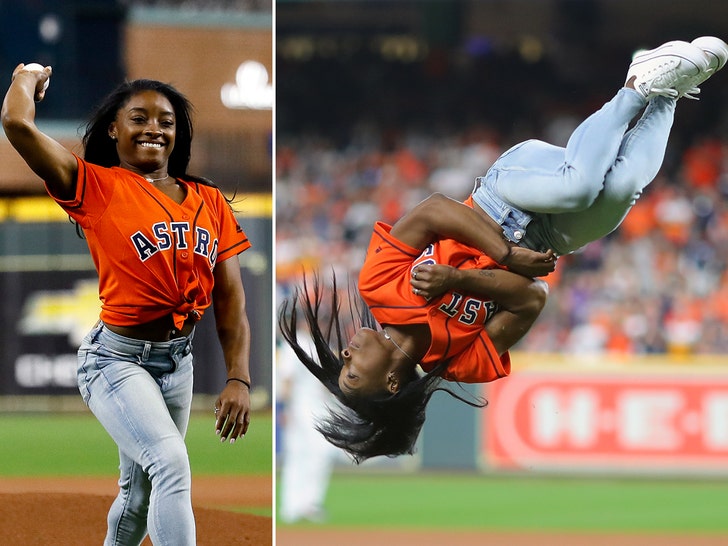 Simone Biles took the mound — and busted out a twisting backflip!!! — before grabbing the ball Wednesday and heaving it to Houston Astros player Jake Marisnick.

The crowd went absolutely wild for the Team USA gymnastics star as Jake grabbed the ball and signed it before handing it back.

Unfortunately for the home team, the Astros proceeded to get DESTROYED in a 12-3 shellacking at Minute Maid Park in Game 2 against the Washington Nationals.

Houston is now down 0-2 in the series and if you know how superstitious baseball players are … Biles might never gets asked back to throw another pitch!!!

22-year-old Biles wasn't born in Texas — but she moved there when she was 3 and was essentially raised in the Houston area. She still lives and trains there.

Biles told NBC Sports she was nervous about throwing out the pitch … saying, "Gymnastics is the only sport I’ve ever done, so when it comes to anything else, I’m literally terrified.

"So, I get more nervous doing this stuff than competing, which is really weird. So, yeah, hopefully I don’t end up on celebrity fails."

She didn't. It was awesome.

BTW, Biles has a history of CRUSHING first pitches at baseball games … back in 2016, she busted out a crazy front flip thingy while tossing the first pitch in an Astros vs. Mariners game!!!

Now that the baseball game is out of the way, the 4'8" Biles can focus back on dominating everyone at the 2020 Olympics!!! 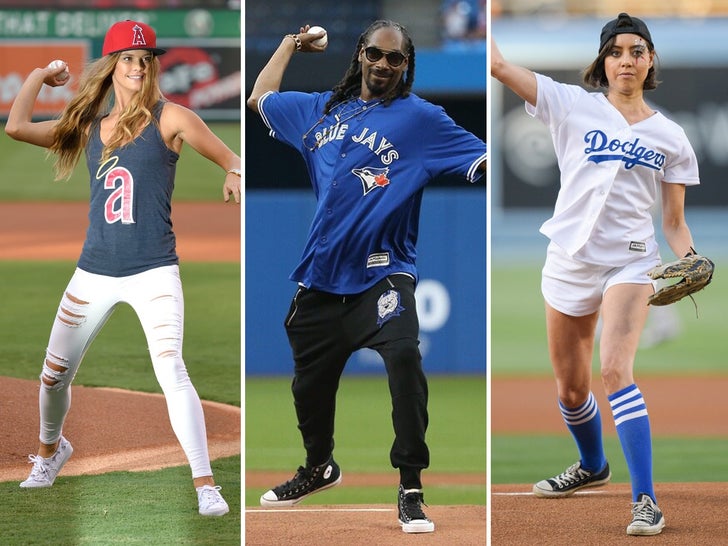