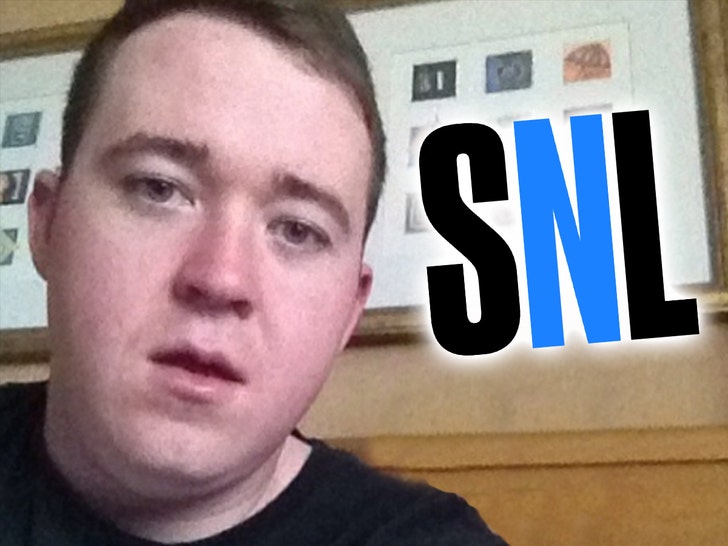 Forget forgiveness — Shane Gillis just got his ass canned from 'SNL' before he could even appear in one skit following his racist Asian joke controversy.

A rep for the hit NBC show said after execs talked with Shane, they've decided he will NOT be joining 'SNL' for the new season. The rep says, "We want SNL to have a variety of voices and points of view within the show, and we hired Shane on the strength of his talent as comedian and his impressive audition for SNL." 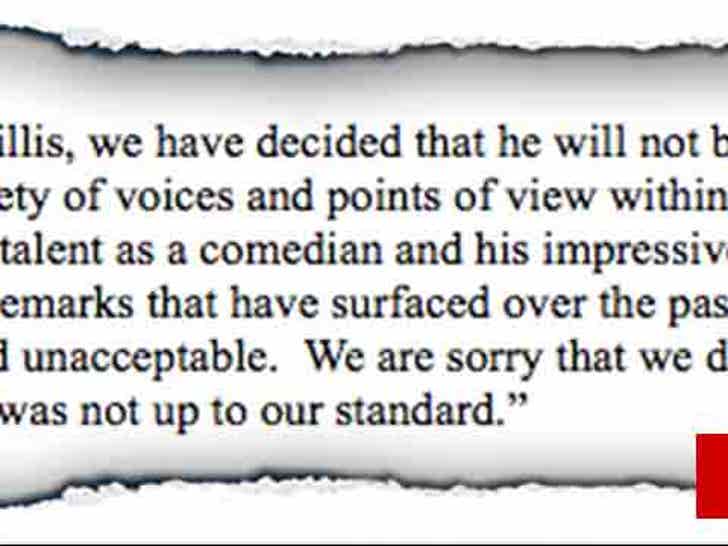 They went on to say, "We were not aware of his prior remarks that have surfaced over the past few days. The language he used is offensive, hurtful and unacceptable. We are sorry that we did not see these clips earlier, and that our vetting process was not up to our standard."

In other words … you're fired.

As we've reported … Shane has been under fire for the past few days for using several racial slurs against Asians in a resurfaced podcast he participated in. According to reports, that was just one example of him hurling racial epithets against Asians.

Some critics said a simple Google search would've easily led anyone to these past offensive remarks, and it was obvious 'SNL' brass just didn't do that with Shane.

Presidential candidate Andrew Yang weighed in on the controversy this weekend, saying we should forgive Shane … adding that he did not want the guy to lose his job over this.

Welp … looks like the kumbaya approach wasn't cutting it for NBC. They just cut bait and ate a little crow doing it.

As for Shane, he responded to the news as well … and his statement is interesting. Shane says, "It feels ridiculous for comedians to be making serous public statements but here we are. I'm a comedian who was funny enough to get SNL. That can't be taken away." 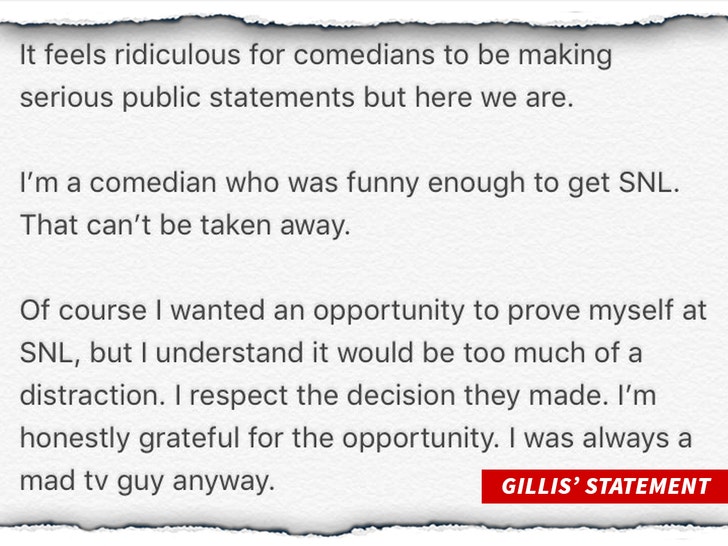 Shane adds, "Of course I wanted an opportunity to prove myself at SNL, but I udnerstand it would be too much of a distraction. I respect the decision they made. I'm honestly grateful for the opportunity. I was always a mad tv guy anyway."

Yikes … tell us how you really feel, Shane.