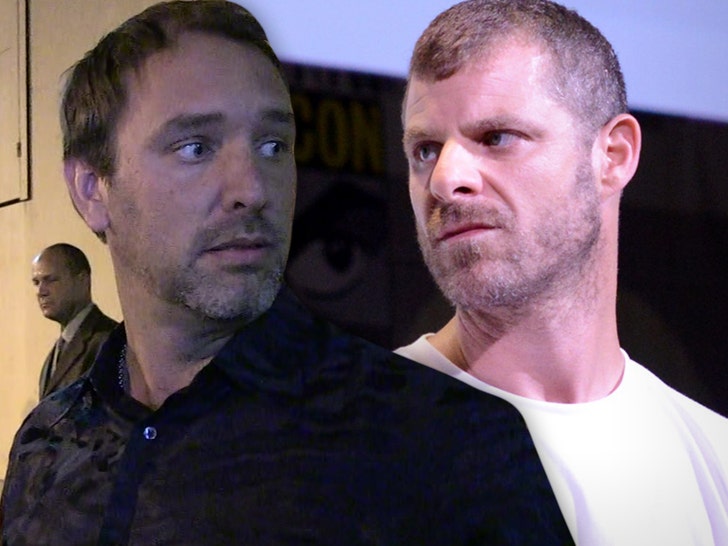 The guys behind "South Park" are taking shots at the NBA for apologizing to China … and it's pretty funny in an international-political-incident sort of way.

Here's the deal … both South Park and the NBA are in hot water in China for recent criticisms about the government.

Over at "South Park," last week's episode mocked China mercilessly for censorship … and pointed out how Winnie the Pooh is bear-non-grata over there because people have used the cartoon character to mock President Xi's physical appearance.

According to reports, the Chinese government has blocked the "South Park" episode from TV and the internet.

In the sports world, the NBA issued an apology to China in the hopes of smoothing over the relationship with the massive Asian country.

Clearly, "South Park" creators Matt Stone and Trey Parker think the apology is ridiculous since Morey is siding with democracy and anti-censorship … so they released an apology of their own.

"Like the NBA, we welcome the Chinese censors into our homes and into our hearts," the duo said in a statement.

"We too love money more than freedom and democracy. Xi doesn't just look like Winnie the Pooh at all."

"Tune into our 300th episode this Wednesday at 10! Long live the Great Communist Party of China! May this autumn's sorghum harvest be bountiful! We good now China?"

By the way, "South Park" is legendary for being able to create new episodes in just days — and with the 23rd season airing now, wanna bet they work this into an upcoming storyline?

The next great mental health app will look like Pokemon Go, according to a Silicon Valley psychologist →