Ted Danson has been arrested … and it's exactly what he was gunning for.

The actor was handcuffed on Capitol Hill Friday during Jane Fonda's third "Fire Drill Fridays" … a protest focusing on the perils of climate change.

Danson was one of the featured speakers, who addressed a hundred or so protesters before police descended. Jane, Ted and other protesters were arrested for unlawfully demonstrating … presumably without permits. 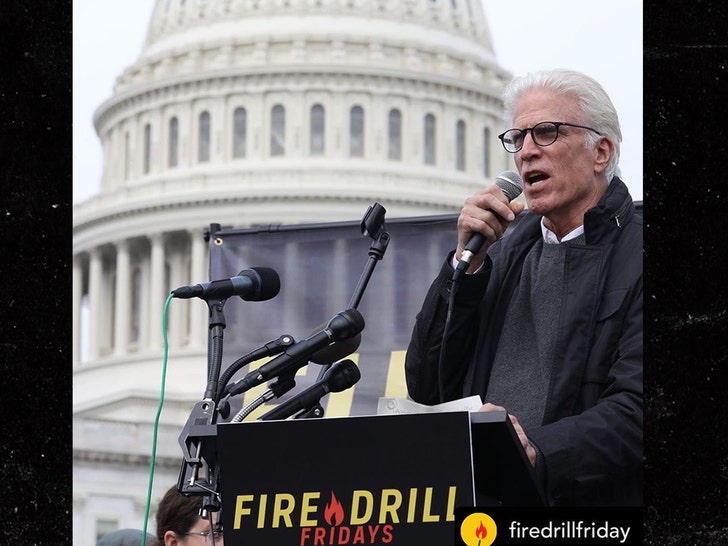 Danson has deep roots in the movement. He wrote a book called "Oceana," which describes the problems caused in part by offshore drilling.

Fonda and others are demanding the passage of the Green New Deal and Environmental Justice. She's going to have weekly demonstrations through early January, and other celebs, scientists and economists are expected to join her. The point is peaceful protest that will end in arrest, to put the spotlight on climate change.