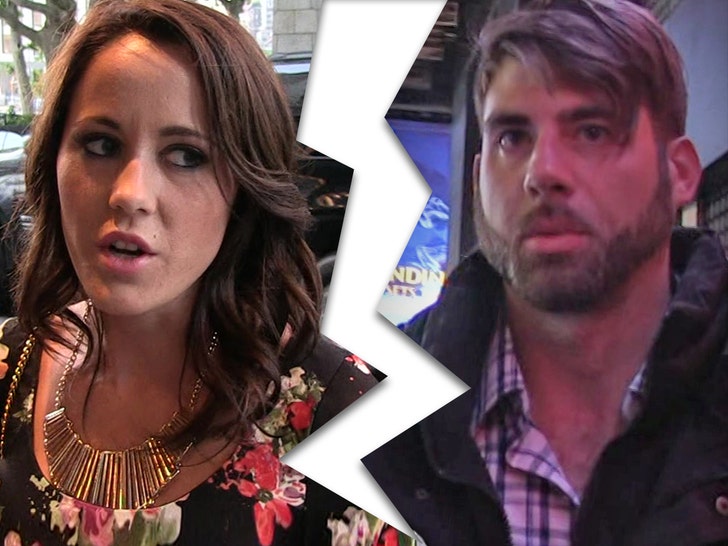 Jenelle Evans has thrown in the towel on her marriage … because she's filed for divorce from David Eason.

The former 'Teen Mom' star said, "Nobody gets into a marriage expecting it to end but i know that's what is best for me, and for my kids. Today I've filed papers to start that process."

She doesn't say what caused her to end the marriage, but our sources tell us Jenelle believes she will not have a career in any field if she stays with David. She says she's looking out for her kids, knowing that she must provide for them.

We're told she also has come to realize her marriage to David was anything but healthy. As we extensively reported, David shot and killed the family dog after it nipped at their 2-year-old child, Ensley.

Children's Services investigated, the kids were temporarily removed from the home and there were challenges to custody in court. They eventually got the kids back, but MTV dropped Jenelle and she's had a hard time making her next business move … in part because of her relationship with David.

They married in Sept. 2017 and were together 2 years before that.

Jenelle says, "I appreciate the support from everybody who has asked how I am. me and the kids are doing great. We need some time to be together. But you'll hear from us again soon."

This will be Jenelle's second divorce.