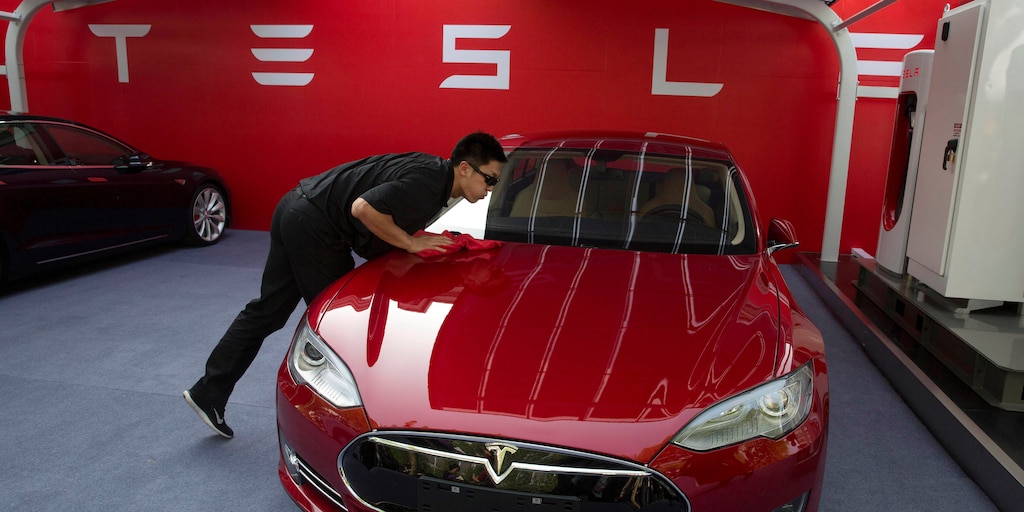 Tesla's stock price fell as much as 7% on Thursday morning after the company reported disappointing vehicle-production data on Wednesday.

Third-quarter production reached 96,155 vehicles while Tesla delivered 97,000, setting a company record and hitting the low-end of Wall Street's consensus estimates of 95,000 to 100,000.

"Our delivery count should be viewed as slightly conservative, as we only count a car as delivered if it is transferred to the customer and all paperwork is correct," Tesla said in the release. " Final numbers could vary by up to 0.5% or more."

The company also said its heading into the fourth quarter with an increase in its order backlog. Tesla previously announced it hopes to deliver between 360,000 and 400,000 cars in 2019.

According to Needham analyst Rajvindra S. Gill, Tesla has delivered about 255,000 vehicles so far this year and the company would need to ship more than 104,000 cars in the fourth quarter in order to reach the low-end of its target.

"We are skeptical of its ability to record such a high number of deliveries given the competitive pressure in Europe and declining tax credits,"  Gill said in a note to clients on Thursday.

In a leaked email last week, Tesla CEO Elon Musk said the company had a chance to deliver more than 100,000 cars in the third quarter.

Wedbush analyst Daniel Ives said the most important number from the company's release was the better-than-expected Model 3 deliveries, which remains the "linchpin of the Tesla growth story for the coming years." Wall Street estimated Model 3 deliveries would be 77,010 for the period.

Shares of Tesla are down close to 27% year-to-date through Wednesday's close.

Read more: Ray Dalio warns the White House's latest plan to clamp down on Chinese investment could soon become a reality. Here's why he thinks 'all market participants need to worry.' 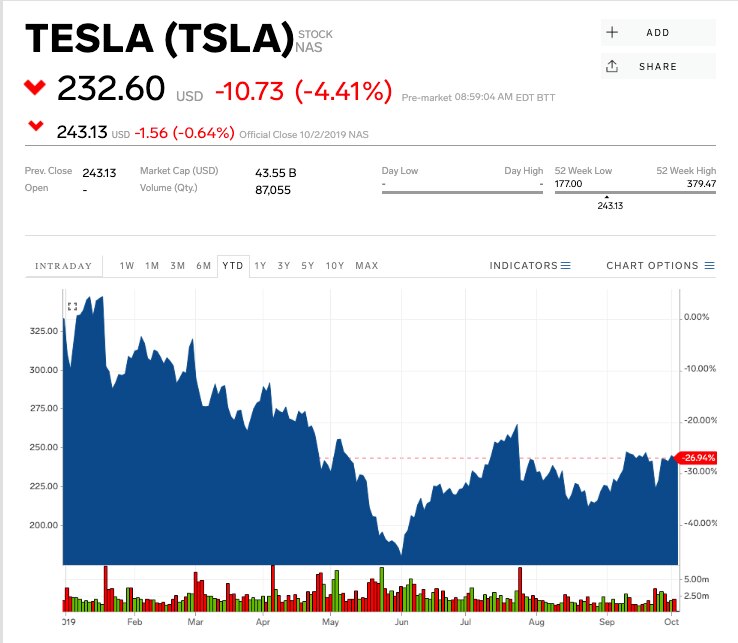