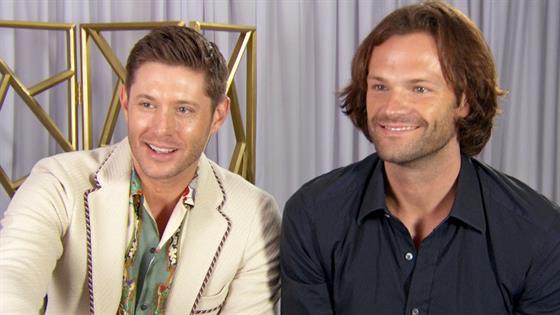 All good things must come to an end, even—and especially—television shows. And in the 2019-2020 TV season, quite a few favorites are signing off.

Will it be for good? That remains to be seen in today's climate of revival and reboot fever (especially for Supernatural with what Jensen Ackles said at the 2019 Television Critics Association summer press tour), but it's for now. To celebrate the end of an era, E! News assembled the stars who are saying "see you later!" to their beloved characters and for a candid look at the past, present and future of their hit shows.

For 15 seasons, Supernatural's Ackles and Jared Padalecki have hunted demons as brothers Sam and Dean Winchester. It was their decision to end the season—CW boss Mark Pedowitz previously gave them that power—and it wasn't one they made lightly. This Is Why Your Favorite TV Shows Are Ending

With so much history—again, 15 seasons!—it's understandable that Ackles and Padalecki didn't quite make it through all of our The Final Season questions.

Click play on the video above to hear their answer for, "The moment I realized the show was a hit was…" But then the two came through with real answers. Ackles told us a story about going to a multi-show fan convention after the first season wrapped when he assumed the show was going to get canceled. Imagine?!

"They announced us to come out on stage in front of the crowd and I remember the cheer that I got when I came out representing Supernatural was jaw-dropping," Ackles said. "Right then I was like, ‘Oh, people watch the show.'"

At the time, Ackles said he thought they'd get two or three seasons of the show.

Look at them now.

Padalecki said one moment from him was when fans started calling him Sam instead of by his Gilmore Girls character's name of Dean. Click play on the video above to hear more of their answer…including them realizing they didn't exactly fill in the blank with a snappy answer.

For more The Final Season…